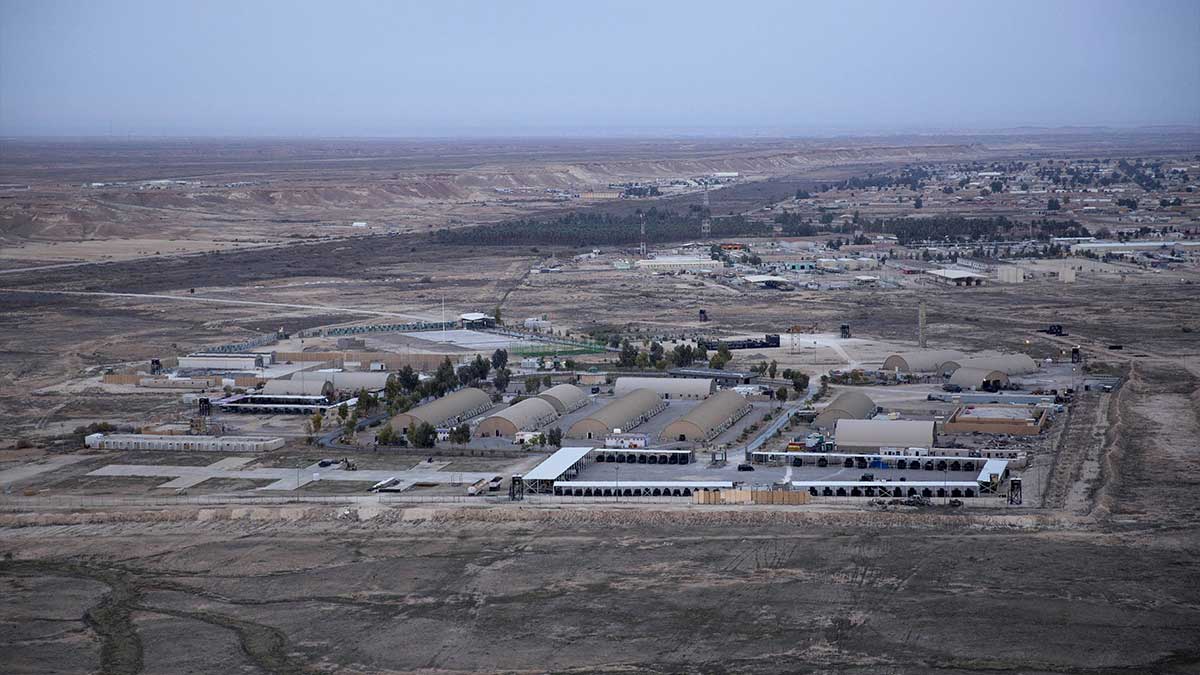 Six rockets were fired north of Baghdad at Iraqi Balad airbase, mildly injured a foreign contractor working for a US corporation.

According to an Iraqi security officer who requested anonymity, three rockets initially fell in an area where US company Sallyport — the contractor that maintains F-16 planes purchased from the US by Iraq is based.

There is no timetable for the United States to withdraw its remaining combat troops from Iraq.

According to the authority, a Sallyport employee was lightly injured. Three more rockets were launched about 15 minutes later, but none of them hit the base.

No US or coalition forces were stationed to Balad, according to Pentagon spokesman Commander Jessica McNulty, but American contractors did work there.

According to initial reports, there were no US casualties or damage, according to McNulty.

It was the second strike on US interests in less than 24 hours, after two rockets struck a US-led coalition airbase at Baghdad Airport on Sunday. There were no casualties in the incident on Sunday.

No incident was immediately claimed as a result of a claim of responsibility.

The new rocket attacks of an Iraqi airbase, according to US Pentagon Press Secretary John Kirby, prove that the US mission is “still risky.”

“We’re there to assist Iraqi security forces as they conduct operations against ISIS,” he told reporters. “Any horrific act on them or us is a cause for concern, and it does demonstrate… that this is still a risky mission.”

The investigation would be the duty of Iraqi officials, according to Kirby. “We’ll keep that in mind. We’ll also do all it takes to ensure that our troops on the ground are effectively protected, as well as our national security interests in Iraq.”

Dozens of attacks on US interests in Iraq

Since President Joe Biden took office in January, at least 30 rocket or bomb strikes have targeted US interests in Iraq, including troops, the embassy, and Iraqi supply convoys to foreign forces.

There were two foreign contractors killed, one Iraqi contractor, and eight Iraqi civilians have been killed. Such attacks on US troops and diplomats are often blamed on Iraqi militias with ties to Iran.