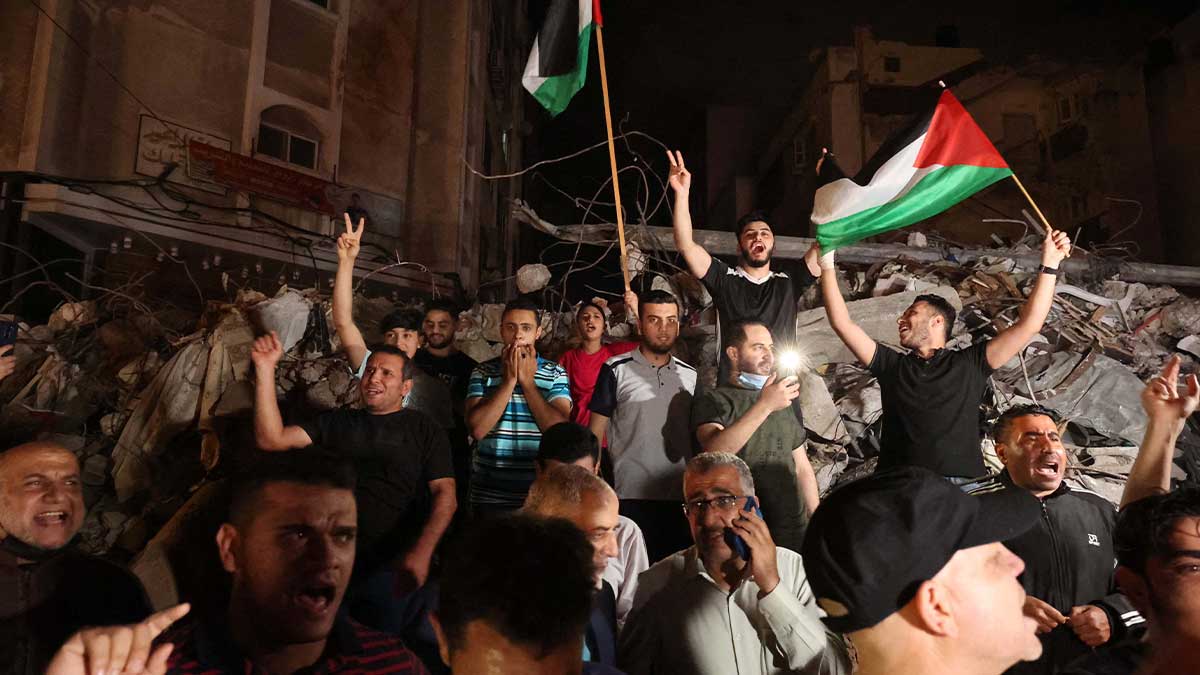 After 11 days of devastating air strikes that battered the Palestinian territory and killed over 200 people including children, Israel and Hamas agreed to a ceasefire early Friday.

Thousands of Gazans took to the streets on Friday to celebrate a ceasefire that ended an 11-day conflict between Israel and Hamas. Israel also claimed victory on Friday after after 11 days of bombing Gaza strip that claimed the lives of 243 individuals, according to the authorities, the rockets killed 12 people in Israel.

Cars honked their horns and some firearms were fired in the air on Gaza streets in the minutes after the cease-fire began, according to AFP correspondents, while ecstatic crowds went to the streets in the occupied West Bank.

The ceasefire looked to be holding in the early hours of Friday, with no sirens sounding in Israel to alert of approaching Hamas rockets.

“I think we have a legitimate chance to make progress,” Biden said at the White House, praising Egypt’s role in negotiating the deal.

The security cabinet “unanimously endorsed the suggestion of all security authorities to accept the Egyptian request for a mutual ceasefire without preconditions,” according to a statement from Israeli Prime Minister Benjamin Netanyahu’s office.

In declarations, Hamas and Islamic Jihad also confirmed the ceasefire.

“This is victory of joy,” Khalil al-Hayya, a prominent Hamas leader, stated in front of thousands of Palestinians who had congregated in the streets to celebrate the ceasefire with Israel.

In a statement, Israel claimed that its aerial assault had achieved “historical” results in Gaza, which it has been blockading since 2007, the year Hamas took power.

After weeks of tensions in Jerusalem over intended evacuation of Palestinians from their houses in east Jerusalem to make room for Jewish settlers and conflicts at the holy Al-Aqsa mosque site, fighting erupted earlier this month.

The Israeli army claims Hamas and other Gaza-based factions have fired over 4,300 rockets at Israel since then, but the vast majority of those directed at populated areas were intercepted by the Iron Dome air defence system.

According to Hamas officials, large sections have been totally destroyed, and 120,000 people have been homeless.