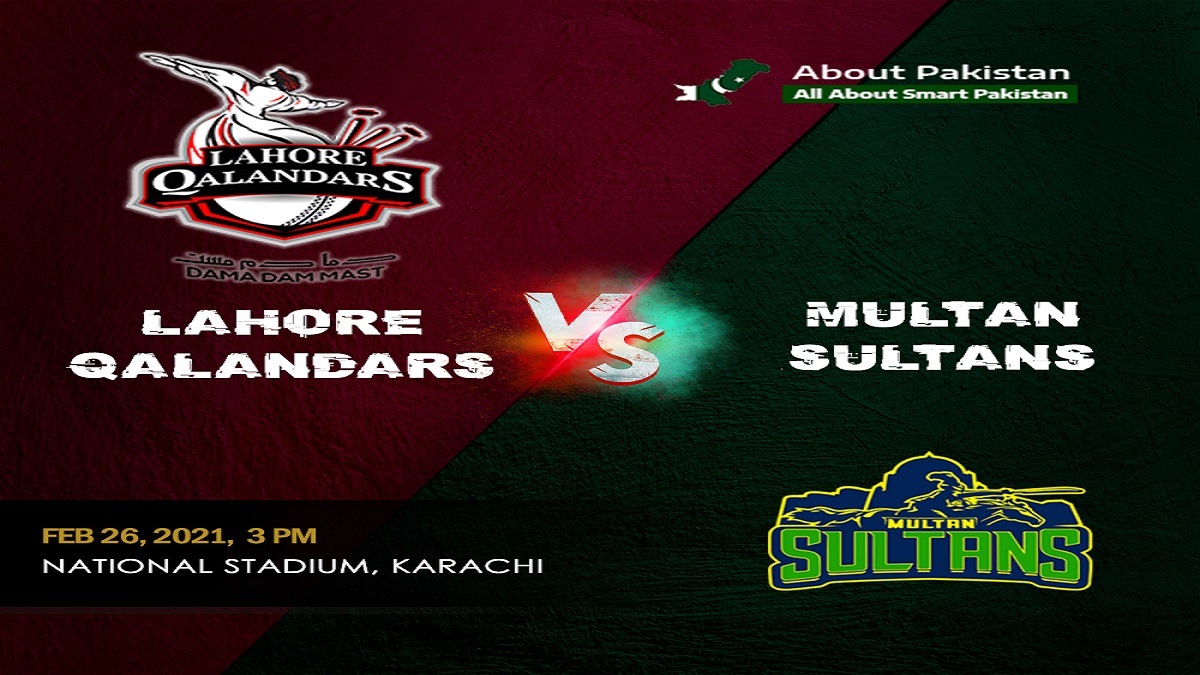 Multan Sultans were driven by captain Mohammad Rizwan and Sohaib Maqsood with the bat as they crushed Lahore Qalandars by seven wickets to win the first match in PSL 2021.

After teaming up when the Sultans struggled at 2-30 while chasing 158 runs in 20 overs, Rizwan and Maqsood put up a match-winning partnership of 110 runs.

However, Lahore Qalandars did not grab the opportunity to put Multan Sultans under pressure, as they gave three chances during the game to Sultans skipper M. Rizwan who is enjoying the form of his life.

Hafeez initially powered Qalandars while batting first but the bowlers of the Sultans contained well and limited them to 157-6.

As Qalandars boosted their score in 10 overs, Hafeez scored his 8th PSL fifty. With the assistance of three boundaries and five sixes, he made sixty runs off 35 balls.

As they produced 89 runs together, Joe Denly (31) helped Hafeez well. With the help of two boundaries and a six, Samit Patel powered 26 runs off 20.

Shahnawaz Dhani and Carlos Brathwaite each bagged two wickets for the Sultans, while Usman Qadir took a wicket.

In response, the Sultans lost their Chris Lynn and James Vince left earlier to leave the tattered Sultans at 30-2. Then Rizwan and Maqsood took command and strongly cooperated to take the game into their hands.

Rizwan smashed 76 runs from 49 balls loaded with 12 boundaries, while Maqsood was not out for 61 runs spread over seven boundaries and two sixes.

Two wickets were earned by Shaheen Shah Afridi while Samit Patel took a wicket each.

With his blistering batting the Multan Sultans captain announced ‘Man of the Match’.