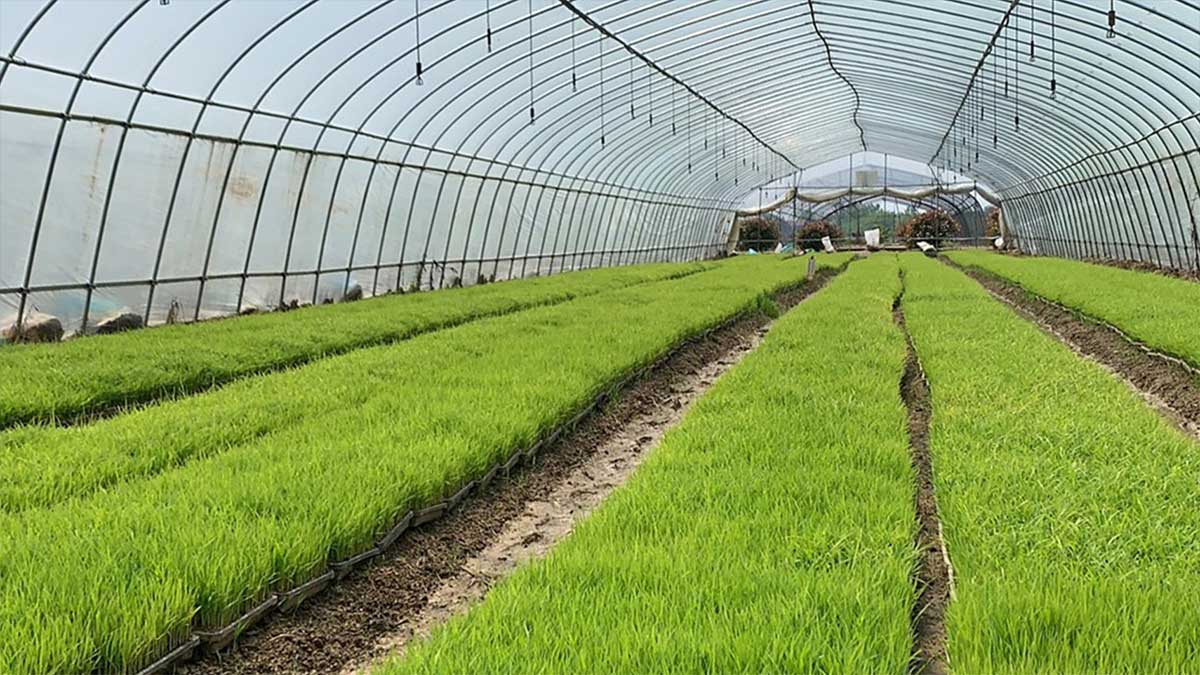 Punjab has planted rice seedlings on 70 percent of its targeted five million acres, further hopes to see the crop going beyond the target by far as the last year.

Rice plantation has been started earlier because of changes in climate and crop pattern in Punjab and water issues. A rice farmer, Abad Khan says that the farmers who want to sow wheat early go for early plantation of rice. The potato farmers also need fields free in the next four months and time to prepare the land.

Moreover, the climate changes are also favoring the early plantation. So far, the plantation of 70% of the target of rice has been completed in Punjab. This year, five million acres have been planned for the plantation of rice in the province.

Abad Khan says, “Like there were no traditional dry, hot winds that historically threatened to burn of nurseries. The winds in June this year were much less hot and even less dry. These factors are pushing sowing time back by two weeks. In the next few years, rice plantation would certainly be redefined with changing weather patterns.”

Lastly, rice seedlings were sown on six million acres whereas, this time, the target of five million acres has been fixed. An officer of the government of Punjab, who comes from the planning department argues that the provincial government is discouraging the water-guzzling crops like sugarcane and rice.

The officer explained that however, beyond the sowing targets lies the economic reality of the crops. Regardless of official preference, cane and rice are not on the rise. Both crops have beaten cotton out of existence and are now the roll-even core cotton areas. Central Punjab has already fallen to them and South Punjab is under threat.

Both are now competing with each other for acreage. But the pattern is not sustainable because they play havoc on aquifers which the province cannot afford.

There are some other issues as well. Shahzad Malik, a trader, and exporter says that the hybrid varieties cover more area. They cover about 20% of the area and are threatening basmati variety. Pakistan has lost the cotton battle because of the chaotic sector.

Shahzad Malik loudly says, “Basmati rice variety may be next to go if Pakistan does not deal with double jeopardy; the rise of hybrid rice on the one hand and invasion of seeds of disputed parentage and performance on the other hand.”