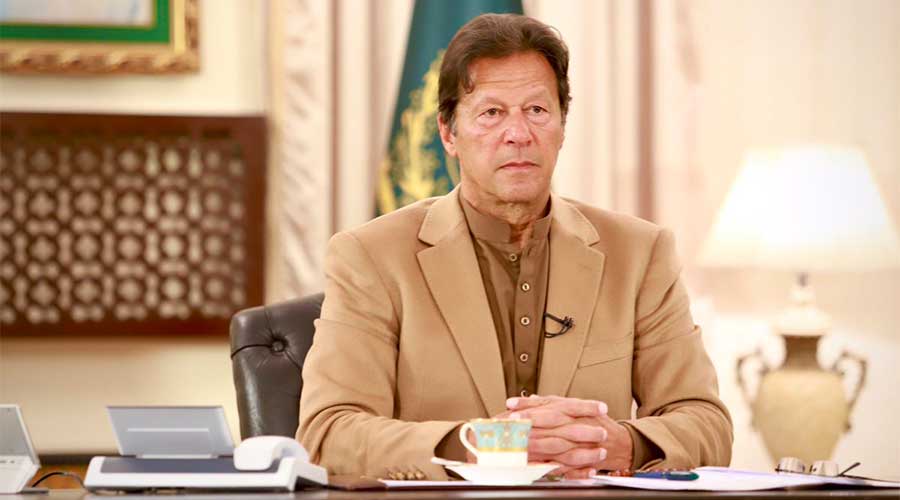 Prime Minister Imran Khan on Tuesday during the cabinet meeting dared the opposition Pakistan Democratic Movement (PDM) to resign from the assemblies.

Prime Minister Imran Khan proposed a condition for the resignation from his chair if the opposition accepts his only one demand which is giving back Pakistan’s looted money.

During the cabinet meeting, the prime minister made this offer while addressing the overall political conditions in the country.

The premier challenged the opposition to resign from National and Provincial Assemblies and said that if they had the guts to resign, they would never have taken the way out of the country to run.

The Prime Minister demanded that the top leaders of the opposition, including Nawaz Sharif, Asif Zardari and Maulana Fazlur Rehman, return the money that had been looted from the country.

Though mocking the opposition parties’ deadline of 31 January, he said that neither their resignations had occurred nor were they able to mobilize the public and bring a long march to Islamabad.

“It takes a lot of courage to submit resignation,” he said and further teased how those who ran away after getting an NRO would try to pursue the option of resignation.

It should be noted that the date of the Pakistan Democratic Movement (PDM) deadline for the resignation of Prime Minister Imran Khan expired on January 31.

The PDM — an 11-party antigovernment alliance — on December 14 demanded that the Imran Khan-led PTI government resign by January 31 or face a long march to Islamabad.

In addition, the opposition parties also took a U-turn from their previous decisions, including resignation from the assemblies, a long march to Islamabad, and abstention from participating in the country’s Senate and by-elections.

The main PDM political parties, the PML-N and the PPPP, have already announced their participation in the Senate elections and by-polls.