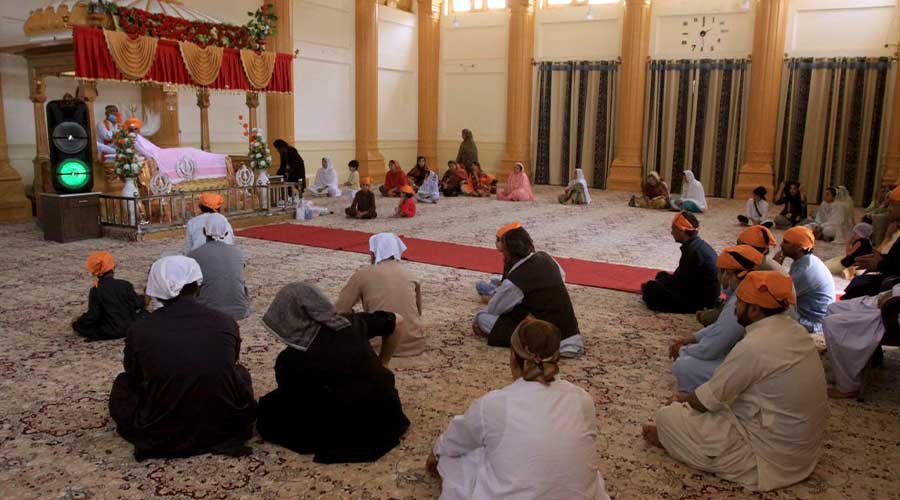 After the migration of the Sikhs community from Quetta towards India, the 200-year-old Gurdwara Sri Guru Singh Sabha on Archer Road in Quetta was shut down after the partition. The Gurdwara building was passed on to the Education department which set up APWA Government Girls High School on the location.

“We could not go anywhere for our prayers,” said Sona Kaur of Quetta. “The opening of this temple has given us a new life.”

Before the opening of Sir Sabah Gurdwara, the Sikhs either had to pray at their houses or borrow the mandir from the Hindu community to perform their prayers and rituals. “We’ve seen hard times,” said Sardar Jasbeer Singh, the chairman of the Sikh community in Quetta. “That’s why we prayed at home.”

The opportunity to reclaim the religious place came when former Supreme Court Chief Justice Tassaduq Hussain Jillani set up a task force for minorities in 2014. Sardar Jasbeer Singh filed the case in Balochistan in 2016 and years after years of hearing the Government of Balochistan agreed to give the site of the gurdwara in Quetta back even before the final decision.

Around 2,000 Sikhs families are living across Pakistan’s biggest province, Balouchistan and around 550 people visit this gurdwara every day to pray and participate in the community.

According to the chairman of the Sikhs community, despite the development of educational school inside, not many changes were made to the structure itself.

Encouraged by the efforts made by the Sikhs community, Hindus and Christians in Balochistan are also planning to file similar petitions in order to maintain peace and reinstate their holy or revered historic places.

It is pertinent to mention here that a Hindu Temple in Zhob, Balochistan was handed back to the Hindu community earlier this year.