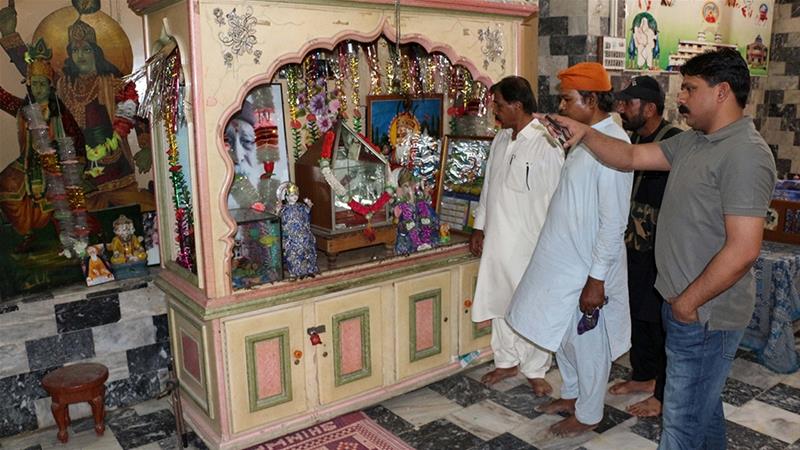 Islamabad is all set to build its first Hindu temple to endorse interfaith harmony in Pakistan. The ceremony was held at H-9/2 Islamabad by Parliamentary Secretary on Human Rights Lal Chand Malhi along with other members of the Hindu community.

The Hindu temple will be the first one after the 1947 independence. The government released 4 kanal land for the development of the Hindu Temple named “Shri Krishna Mandir”. The government of Pakistan will bear the cost of the construction and allocated 100 million Pakistani Rupees.

The land was assigned to Hindu Council for the temple back in 2017 but the construction did not start due to administrative issues.

Shri Krishna Mandir will not be the only space for performing religious rites but will also be used for cremation purposes. The temple was a demand by the Hindu community for a long time as the Hindu residents of Islamabad had to go to Rawalpindi for worship.

“The Hindu numbers were increasing for the last two decades and this was much needed work to do” Lal Chand said.

Islamabad and its Religious History

Although the Shri Krishna Mandir is the first temple which is going to established in Islamabad after separation in 1947, it did had a large number of temples which were built before 1947 as there were significant Hindus living in Saidpur village and near Rawal Lake, but the majority of them were abandoned and are now nonfunctional.

Apart from Hindu Temple, there is also a Buddhist temple situated in the Diplomatic Enclave in Islamabad, which is very much functional and the Pakistan government and the local authority must also open the Buddhist temple for Buddhist people community and tourists.

Pakistan a Hub of Religious Tourism

In 2019, Pakistan opened the Kartarpur Corridor where the spiritual leader of the Sikh community Baba Guru Nanak is buried. The Gurdwara is the holiest shrine for the Sikh community and it’s a visa-free service which is also a very positive step by Pakistan towards interfaith harmony.

Pakistan is a top place for the followers of Sikhism, Hinduism, and Buddhism. Although the country did lose precious religious holy sites and antiques due to negligence in past years, the current Prime Minister Imran Khan is much focused on promoting cultural heritage and also religious tourism in Pakistan.