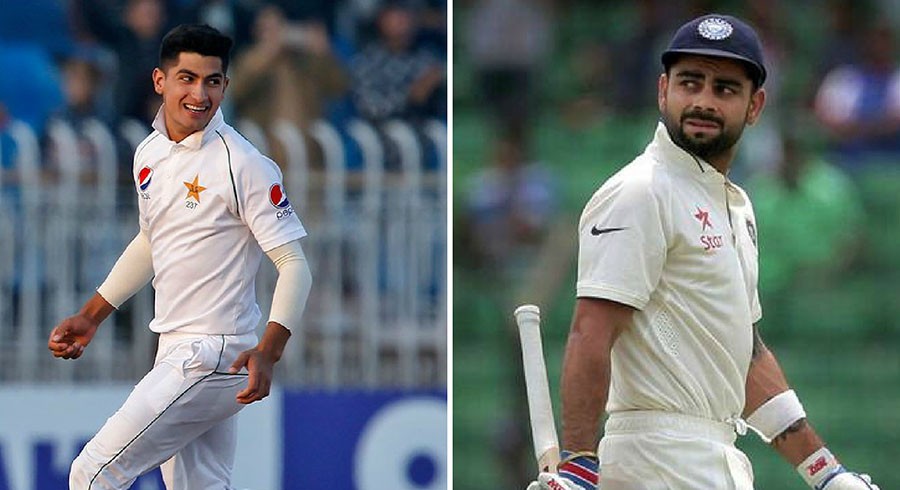 Pakistan’s young rising star Naseem Shah spoken about his wish to face bitter rivals India at some point. The fast bowler cleared up that he is not afraid of facing any Indian batsman especially captain Virat Kohli.

Two players from the Indian team are sitting on top of the ladder in top ODI batsman of the world. At number one is the captain of the Indian cricket team Virat Kohli, who has 869 ratings followed by Rohit Sharma with 855 ratings. At number three comes the Pakistani skipper Babar Azam with 829 ratings.

Naseem Shah who is only 17 years old has seen a blazing start of international cricket. The motivation leads him to share his thoughts on testing his ability by facing the talent of Indian strong batting lineup. He said that a game between Pakistan and India is always special.

He also added the fact that due to the immense pressure the players can become a hero or zero. The match between Pakistan and India came once in a blue moon as there is a continuous presence of tension on borders and in the political arena as well. But still, Naseem is hoping that whenever he gets the opportunity he will bowl well against the arch rival India and give something special to his fans.

Naseem is also the youngest bowler in the world to take five wicket haul and a hattrick in test format. He also cleared up on Kohli by saying that he has the utmost respect for Kohli but does not feel fear by facing him. Facing a talented batsman is always a challenge for a bowler but also it shows their ability and resolve, and by learning from challenges one can raise the game.

Meanwhile, talking about his international career journey he says, I never believed I will be wearing the green shirt at this age but I always believed in my capabilities and as we all know hard work always pays off so does in my case.