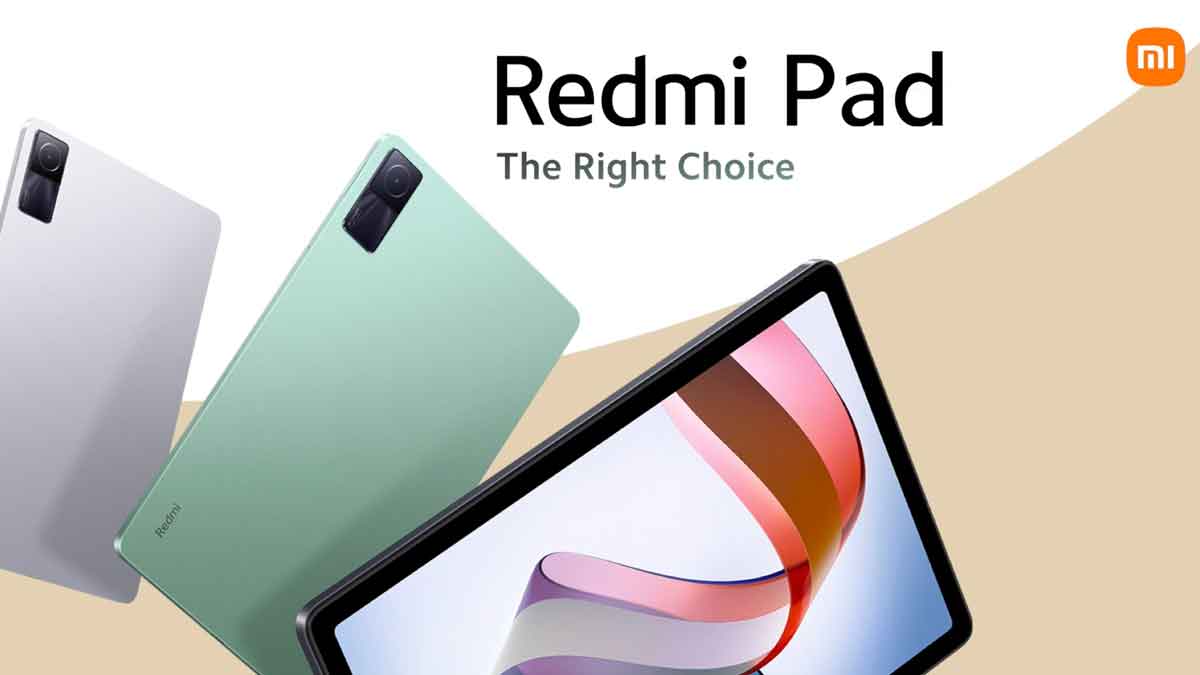 Only a few days after it launched on the international market, Redmi’s first tablet Redmi Pad has arrived in Pakistan.

The slate is now only available in one memory option, with 4 GB RAM and 128 GB storage, and costs Rs. 57,499 on Mi Store. This is the tablet’s base model, while there are higher memory variants available in various markets.

The MediaTek Helio G99 SoC, which is roughly equivalent in performance to Qualcomm’s Snapdragon 732G, powers the mid-range Redmi Pad tablet. The tablet includes a 10.61-inch IPS LCD with a smooth 90Hz refresh rate and 2K resolution (1200 x 2000 pixels). It supports 1 billion colors and has a max brightness of 400 nits.

The tablet has just two cameras—one on the front and one on the rear. They both have 8MP cameras and can capture 1080p videos at up to 30 frames per second. According to Xiaomi, the inbuilt battery has an 8,000 mAh capacity and can last all day. It supports 18W quick charging.

The first tablet from Redmi was released on the international market, and Xiaomi also used the occasion to introduce its most recent fitness band. The updated Smart Band 7 Pro replaces the original Smart Band 7, which debuted in June of this year.

The Band 7 Pro sports a significantly larger screen than the standard model, giving it the appearance of a smartwatch as opposed to a fitness band. This 1.64-inch AMOLED touchscreen has a maximum brightness of 500 nits and a resolution of 486 x 280. Tempered glass and an anti-fingerprint coating are on the screen. There are more than 150 watch faces available, and auto-brightness is supported.

You can wear it when swimming or taking a shower because it has a 5ATM water resistant capability. Although the straps are composed of silicone, there are also limited-edition straps that resemble leather.

It has the typical health monitoring functions, including sleep tracking, blood oxygen monitoring, and heart rate monitoring. To assist you burn fat, it offers 110 sports modes and various cardio workouts. Additionally, it includes integrated GNSS compatibility, allowing you to enable tracking without a smartphone.

The battery capacity has not been made public by Xiaomi, although it ought to be the same as the normal model and provide up to 12 days of use in a typical usage mode. This implies that it can go much longer with battery-saving options. It works with mobile devices running iOS 12 or later and Android 6 or higher. It uses Bluetooth 5.2 BLE to connect.

The Xiaomi Smart Band 7 Pro will come in Black and Ivory, and you can choose from six different strap colors: Ivory, Olive, Orange, Blue, Black, and Pink. The wearable starts at €99 in Europe, although it will probably be less expensive elsewhere.