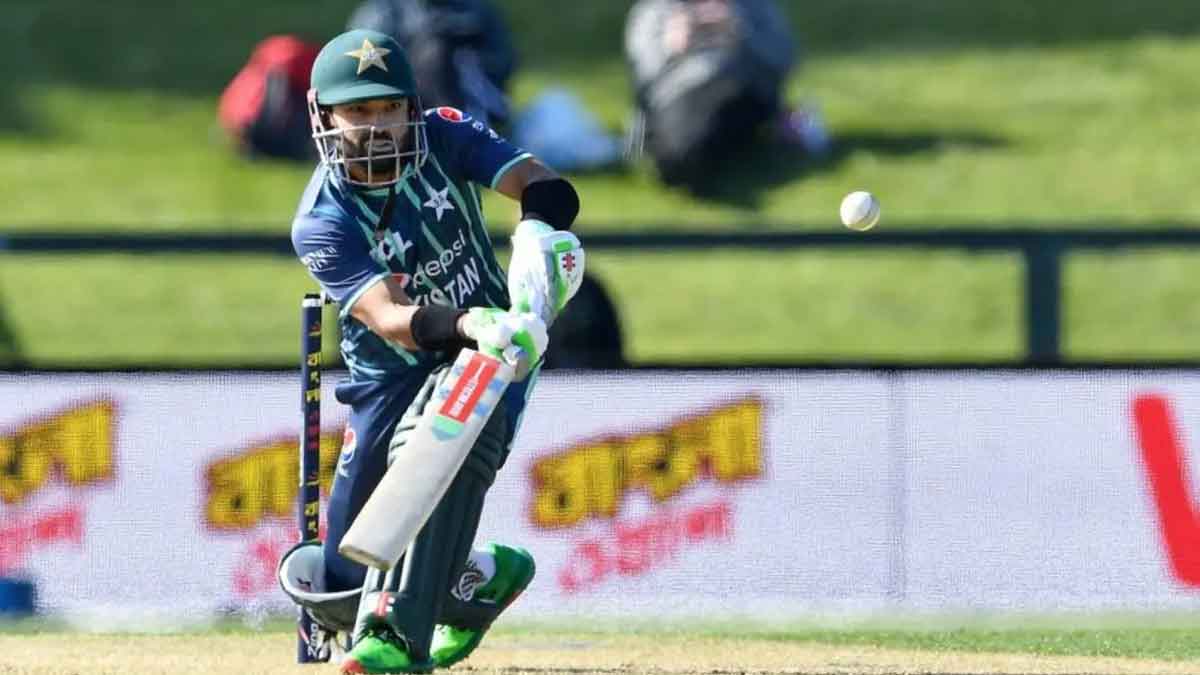 Thanks to wicket-keeper batsman Mohammad Rizwan, who maintained his impressive form and struck another half-century on Friday, Pakistan won the first game of the T20I tri-nation series by 20 runs against Bangladesh after scoring 167-5.

At Hagley Oval, in chilly, challenging conditions, Rizwan batted through the innings, scoring seven fours and two sixes in his undefeated 78.

His 50-ball knock set the tone for the opening game of a series that also featured the hosts New Zealand and was used by the three teams as practice for the T20 World Cup in Australia.

Rizwan, who is currently the best T20 batsman in the world, didn’t give the opposition a chance as he raised his career average in the shortest international format to 54.34.

The 30-year-old wicketkeeper-opener was in excellent form during the T20 home series loss to England, scoring a series-high 316 runs.

After being asked to bat, Rizwan handled a wicket with an unusual pace that led to a number of errors from his teammates.

The five wickets lost all came from outfield catches, including two from Taskin Ahmed, Bangladesh’s finest bowler, who finished with a 2-25.

Following an opening stand of 52 with skipper Babar Azam, Shan Masood (31 off 22 balls) provided Rizwan with the most support (22 off 25).

On a field that had been made hard earlier in the week by unforeseen weather circumstances, players from both sides frequently slipped.

A cold blast left ground staff sweeping snow from the covers and outfield on Thursday morning.

Temperatures had climbed to a relatively warm 12 degrees Celsius (54F) for the start of the match between Pakistan and Bangladesh.

Records tumble as Mohammad Rizwan scores another 50 in T20I

In the first match of the triangular series in New Zealand on Friday, Pakistan’s top order batsman Mohammad Rizwan added many T20 records to his record with an innings of 78 off 50 deliveries against Bangladesh.

In a calendar year, he is the only third hitter in the world to score 1,500 or more T20 runs. Chris Gayle and Babar Azam are the other two.

Rizwan, who scored 1,519 runs in all professional games of the shortest format so far this year after scoring 2,036 T20 runs altogether last year.

The score of 78 put Rizwan ahead of Babar in the record of most total runs after 58 T20I innings. This was his 58th T20 international innings.

In terms of individuals who have scored the most runs while serving as the designated wicketkeeper in T20Is, Rizwan has now overtaken England’s Jos Buttler.

The star player scored 2,196 runs as a wicket keeper in T20Is out of his total 2,337 runs. When he scored the second run of his inning, he surpassed Buttler on this day. The English cricketer has 2,119 runs to his name while batting as the wicket keeper.