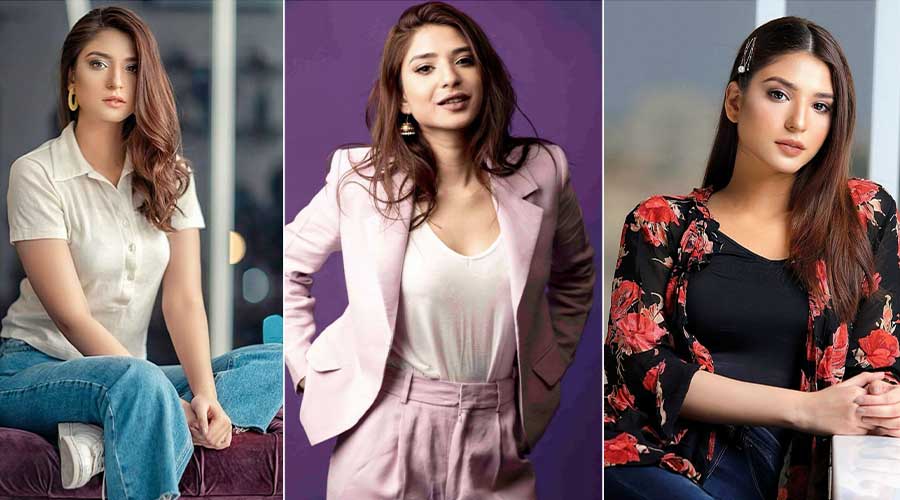 In a fun-filled chat with BBC Asian Network, actor Ramsha Khan disclosed many things like her wish to work with Fawad Khan, her comparisons with Anushka Sharma, her favorite cricketer, her Hollywood crush, and video games.

The talented new starlet Ramsha Khan has been the talk of the town lately with her very popular drama Ishqiya and even more for her latest drama – ‘Ghisi Piti Mohabbat’. She is garnering a strong fan-base for herself with her brilliant acting performance.

The young adorable Ishqiya actress Ramsha Khan wants to work with the most handsome and dashing actor Fawad Khan, said in an interview with BBC Asian network.

While in an interview, the host asked her which actor of the Pakistani entertainment industry is her ‘Khan’, in the answer of which she said her favorite is Hamsafar actor “Fawad Khan”

Waqas Khan the interviewer asked her many questions when she revealed that her goal is to work in films, but she wants to gain popularity in the drama industry before that.

Waqas asked her to choose her favorite cricketer from Babar Azam and Virat Kohli. Ramsha Khan replied that Babar Azam is the best cricketer in the Pakistani cricket team.

Who is @ramshakhanofficial’s Hollywood crush? ?? Who does she want to sing at her wedding? ? Here are 10 things you might not know about Ramsha! ⠀⠀⠀⠀⠀⠀⠀⠀⠀ Hear Ramsha talk to @waqas_bey about new Pakistani drama, #GhissiPittiMohabbat on @BBCSounds

Khan is now starring in a popular drama Ghisi Piti Mohabbat after a huge success of ‘Ishqiya’ which also generated some controversy due to its content and its repeat telecast was banned by Pemra.