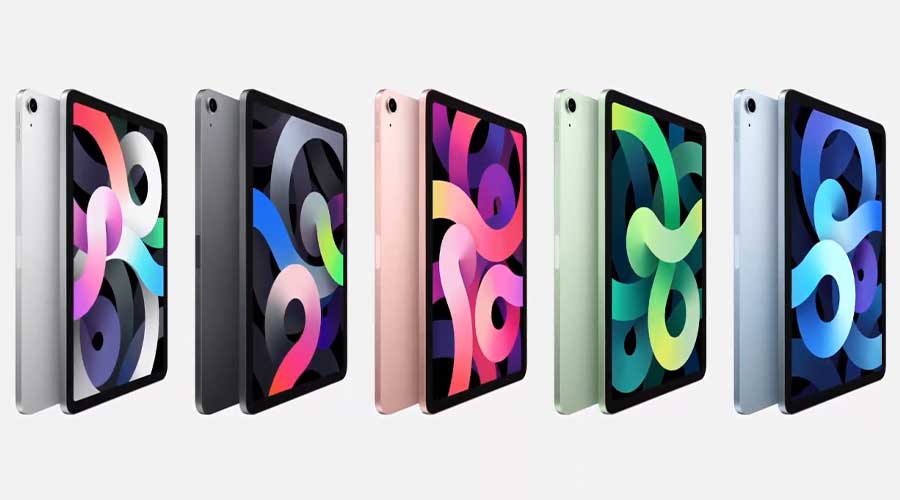 In the latest September 2020 event, Apple featured a number of new major releases which include Apple Watch 6, 6 SE, iPad Air and many more exciting products. The newly introduced iPad Air 4 (2020) appears to be a redesigned model of the current iPad Air and it will be up for grab at a starting price of $600.

The latest iPad model is inserted with a bigger screen 10.9-inches screen which is Liquid Retina display and a screen resolution of 2360×1640. The Touch ID fingerprint sensor has been shifted towards the top on the power button, which makes the iPad Air the first one to feature a power button which is also functioning as a fingerprint sensor.

iPad Air with A14 Bionic chip

Apple iPad Air 2020 does have a lot of changes inside. The iPad Air now contains Apple’s 5nm A14 Bionic chip with a six-core CPU that surely guarantees the pad will work 40% faster in terms of processing speed and enhanced graphics as well with the latest four-core GPU.

Furthermore, talking about the camera installed in the iPad Air which has a 12MP primary camera the same as iPad Pro but with more stability while recording. The front camera is a 7MP shooter which is capable of 1080p 60 FPS video recording and also with support for smart HDR.

The iPad Air also encompasses the Apple Pencil which is attached to the device magnetically along with the Magic Keyboard. Apple also shifted to USB-C port which will be charging the tablet at 20 watts and also assist in delivering up to 5Gbps data transfer. Wifi 6 and LTE support is also included in Apple iPad Air.

With all the improved features the only difference remains which separate iPad Air 2020 and iPad Pro is the 120HZ display of Pro. The new iPad Air will be available in space grey, rose gold, green, sky blue and silver color options.