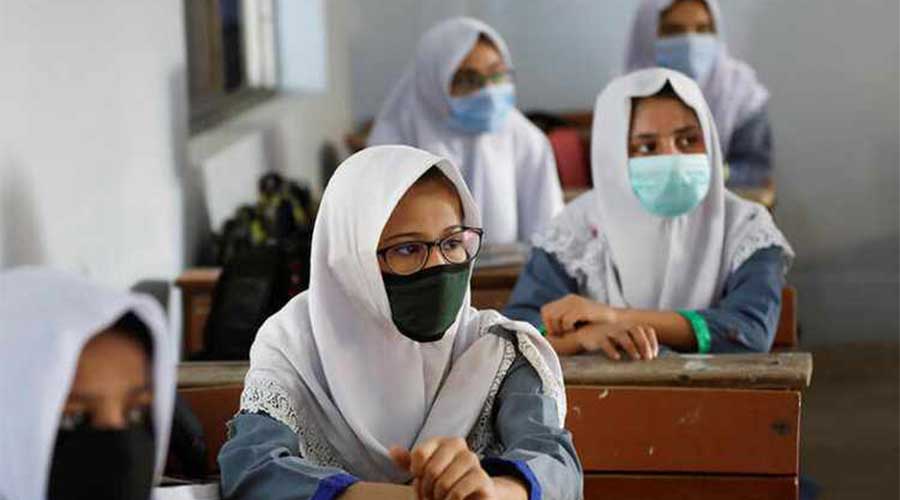 On Friday, Saeed Ghani, education minister of Sindh announced that classes below the eighth grade will resume on September 28, no violation of SOPs would be tolerated.

He said that the school administration should play its full part in order to avoid the violation of safety protocols. “Pre-primary, primary and secondary classes have all been allowed to go to back to school.”

He further said that no disruption has been observed in the reopening of schools and that it was only the second phase of reopening which was delayed by only a week. He said that schools were sealed under two major reasons, one: if coronavirus cases were found in school staff, second: If children had been asked to rejoin at a time when the permission by the government had not been granted.

Saeed Ghani further talked about resumption of classes, “Now as we resume the reopening of schools, Sindh has decided that very strict enforcement of safety measures will be ensured.”

The announcement comes a day after Sindh Health Minister Dr. Azra Fazal Pechuho’s warned against the reopening of schools.

While talking to a private news channel, Dr. Pechuho had said the positivity rate for coronavirus has increased from 1.5% to 3% and she considered the decision of reopening of schools “unwise”.

The Minister said last week that reopening of schools for sixth, seventh and eighth graders was being delayed due to the fear of the spread of the virus as educational institutions were not following SOPs.

Saeed Ghani said, “Our purpose is not to shut down schools permanently […] we simply seek for them to mend their ways when we see they are not fulfilling their responsibility. They should follow through with the commitments made.”

He added, “And the following of safety protocols is not to be done for our satisfaction. Our children go to these schools. It is a question of their health and safety,” the education minister had said.