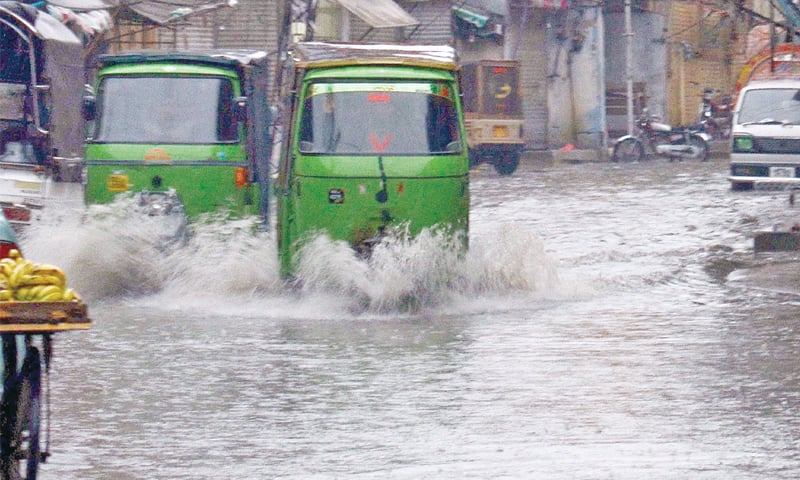 Water and Sanitation Agency (WASA) Rawalpindi has canceled the leaves and Eidul Azha holidays of all employees and workers and all the workers and employees have been called to duty in the light of heavy monsoon rain forecast during Eid holidays. Workers have been deputed on steep areas with machines and pumps.

Right after the rain starts, concerned workers will reach the dangerous points. The concerned officers have also been called to duty. According to the spokesman of WASA Omer Farooq, WASA is on alert to tackle any dangerous situation is the whole Rawalpindi city. Moreover, district management has ordered for the immediate expulsion of the population from the nearby areas of Lai Nullah in Rawalpindi.

The city defense department has also activated 300 volunteers in the wake of rain emergency in Rawalpindi. The volunteers have been instructed to reach the steep areas as and when rains. District management has strictly prohibited to throw out the waste in Nala lai but it was observed that people were not following the instructions.

This will not be out of place to mention that no action so far has been taken against such people. Last year, WASA and district management jointly have done great efforts to tackle the rainy season and the people of Rawalpindi admired it. The efforts of both departments in the current season is being also appreciated by the people of the city.

Lai expressway has been included in the annual development projects this year and it is likely that after the completion of this project the people of Rawalpindi will get rid of flood-like situations forever. The WASA and district management have acquired the latest machinery now due to which the regular process of cleanliness in the city also seems on a regular basis.