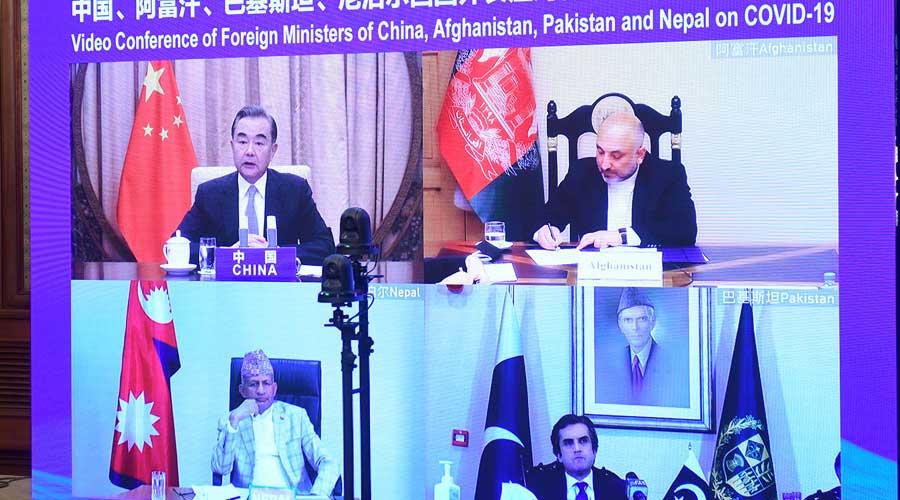 This conference is being taken as a new regional and strategical partnership. The joint venture is seen as a big regional development against the backdrop of new regional alignments and China India border dispute.

China hosted the virtual session. The Federal Minister for the Economic Affair, Khusro Bakhtyar represented Pakistan at the conference at the place of Foreign Minister Shah Mehmood Qureshi. Qureshi’s pre-recorded statement was played during the meeting since he couldn’t attend the quadrilateral meeting.

In his message, Shah Mahmood Qureshi thanked China for holding the conference. He said that the joint efforts of four countries will greatly help tackle the COVID-19. He also said that the conference is also important as China has been doing a leading role against coronavirus.

India’s absence from the conference depicts that it is an effort to take steps for its own new strategical partnerships like Quad where it joins the United States, Japan and Australia.

The holding of last day’s video conference manifests that China desires to help the participant’s countries to revive their economies so that there could be a new strong regional strategical partnership in the future. This step of China is being taken as a high level of concern by India and her western partners.

According to the experts, Pakistan has got an opportunity to establish relations with regional countries along with Bangladesh due to the efforts of China. Pakistan is also trying to strengthen relations with Nepal which has come out to be India’s influence.

The changing regional dynamics can also be exhibited by the recent tilt of Bangladesh towards Pakistan and China. Prime Minister Imran Khan of Pakistan and Haseen Wajib Bangladesh’s PM has already come in contact with each other. Strengthening of friendship between Bangladesh and Pakistan will be another sign of concern for India.