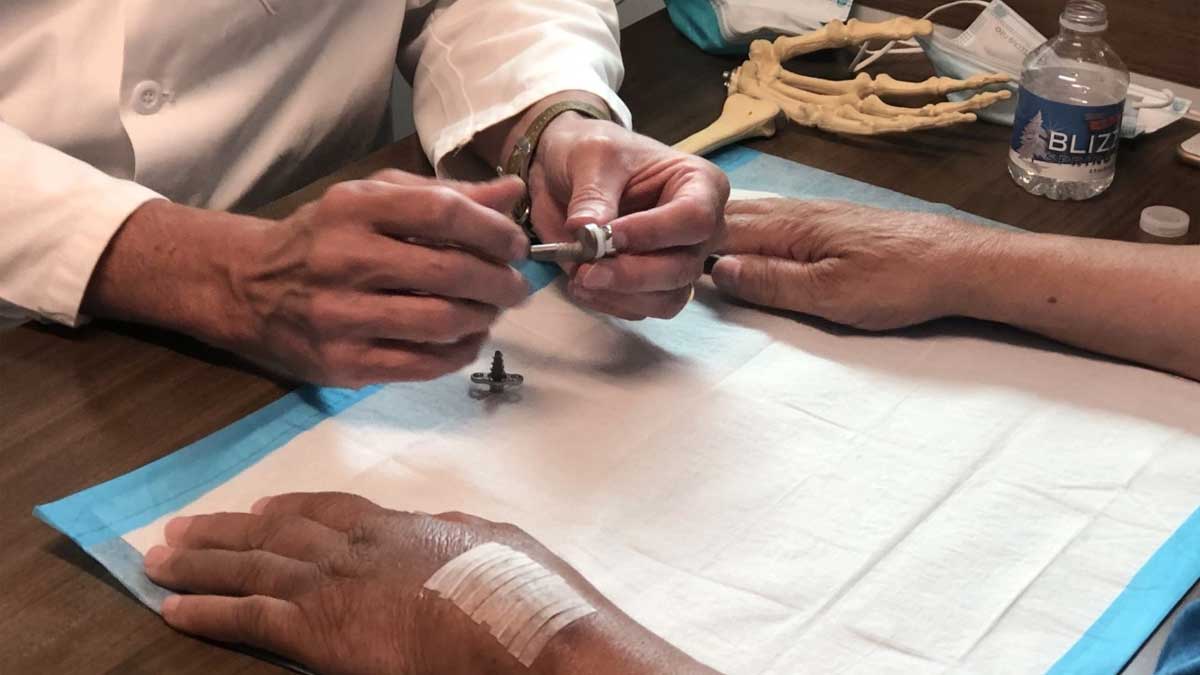 In Quetta, a group of surgeons on Thursday successfully accomplished the first wrist replacement surgery, saving a young man from disability for his entire life.

According to the sources, Muhammad Zaman, a laborer worked at a stone crush mine in the Muslim Bagh area of Balochistan. He was brought to the hospital with his right wrist crashed. A group of surgeons including Orthopedic Surgeon, Prof. Dr. Khan Muhammad Babar, Surgeon Prof. Dr. Atiq-ur-Rehman, Surgeon, Dr. Shakeel Akbar, and Surgeon Dr. Imran Nasir successfully transplanted the broken wrist of Muhammad Zaman’s right hand and reattached it.

It is to be mentioned that four hours had already passed when the wrist of the patient was bent and in case the blood circulation in the arteries and muscles of human organs stopped for such a long time, the muscles of the skin have very little chance of survival.

However, this is the first successful operation of its kind in the history of Balochistan. Surgeons must be applauded as a poor young man escaped the loss of his amputated wrist.

Last year, the first successful total wrist replacement had been performed by the skillful hands of surgeon Dr. Scott Wolfe, who took only two and a half hours to complete it.

However, for Wolfe and a coworker in the field of biomechanics, it was the conclusion of 30 years of work. Both of them have been studying the complications of wrist and hand motion with all tools at their disposal.

A Brown University bio-engineer, Wolfe and Joseph (Trey) Crisco III, drew on the modern software, imaging technology, and studies in primate anthropology to increase a better understanding of how the human hand works, down to the optimum detail and motion.

“We set out 30 years ago to do this,” said Wolfe, a Greenwich resident who practices medicine at the Hospital for Special Surgery offices in Stamford and New York City. “To create the first database. And now we have that database, of motion, structure, kinematics (study of motion), and anatomy.”

While in Pakistan, the city of Quetta succeeded in performing the first effective wrist replacement surgery.