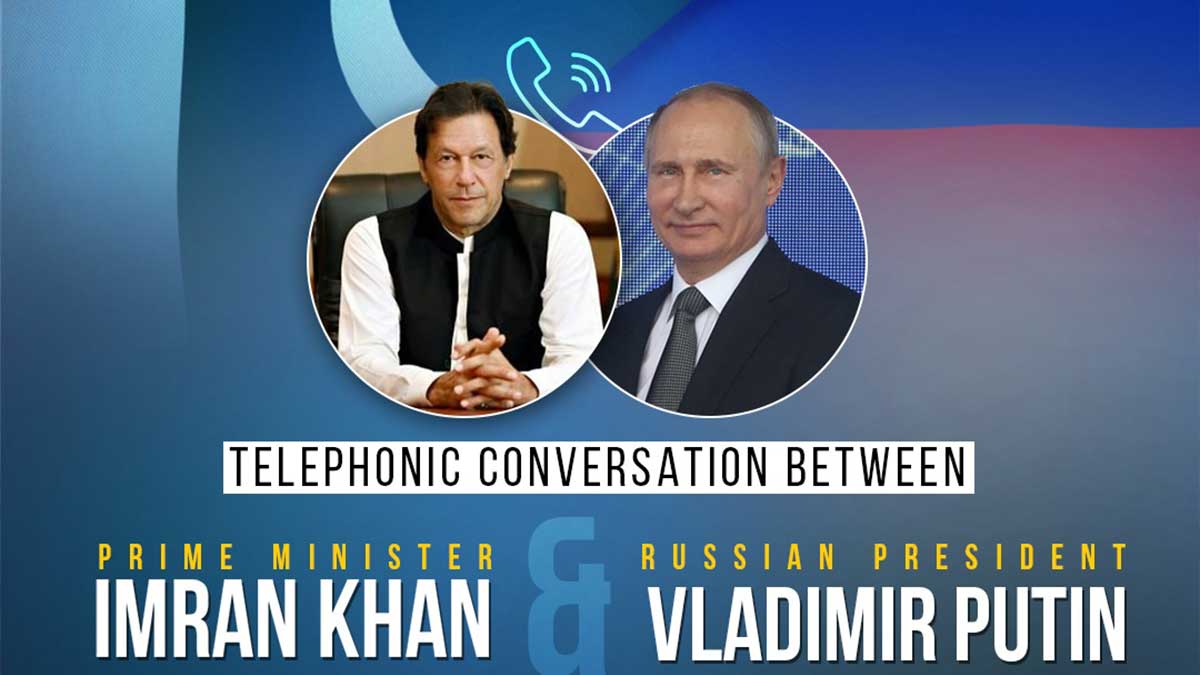 According to the Prime Minister’s Office, Russian President Vladimir Putin spoke with Prime Minister Imran Khan on the phone on the developing situation in Afghanistan and diplomatic relations.

Imran Khan told Putin that a peaceful, safe, and stable Afghanistan was critical for Pakistan and the region. He stated that the best path forward was for an inclusive political settlement to be reached while ensuring Afghans’ safety and security.

The prime minister emphasized that the international community must remain engaged in Afghanistan to support the country’s people, as well as address the country’s humanitarian problems and ensure its economic viability.

According to Prime Minister Khan, Pakistan places a great value on the Troika Plus format’s role. He acknowledged optimism with Pakistan-Russian relations’ upward trajectory, citing increasing high-level exchanges and developing cooperation in a variety of fields.

The Prime Minister reaffirmed the government’s commitment to bolstering economic ties and bilateral cooperation in the energy sector, particularly the timely completion of the Pakistan Stream Gas Pipeline Project. To enhance regional peace and security, the two leaders committed to work closely together inside the SCO.

PM Khan invited Putin to visit Pakistan during the telephone chat between the two leaders.

According to a Kremlin statement, Russian President Vladimir Putin discussed the need to prevent unrest from spreading to other regions of the region with his Chinese counterpart, President Xi Jinping.

The two leaders “indicated their determination to boost up efforts to combat risks of terrorism and drug trafficking emanating from Afghanistan’s territory” in a phone call, according to the Kremlin.

Putin and Xi “agreed to increase bilateral contacts” and “make the most of the potential” of the Shanghai Cooperation Organization (SCO), which will meet in Tajikistan next month for a summit, according to international media sources.