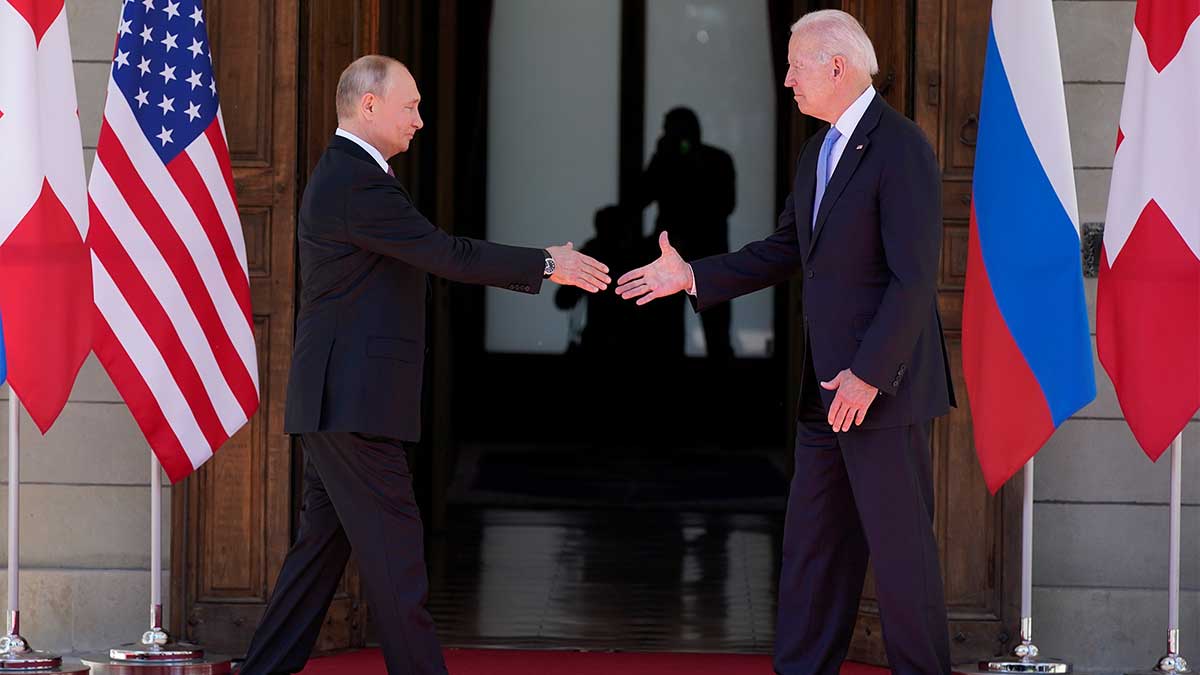 US President Joe Biden and Russian President Vladimir Putin engaged in hours of face-to-face talks in front of the cameras at a gorgeous lakeside Swiss house, a highly anticipated summit at a time when both leaders say relations between their nations are at an all-time low.

It was a discussion between “two great powers,” according to Biden, who added that “it’s always better to meet face to face.” Putin expressed his hope that the talks would be “fruitful”.

Both men appeared to avoid looking directly at each other during a brief and chaotic photo opportunity in front of a crowd of pressing media during the meeting in a book-lined room.

When a reporter asked if Putin could be trusted, Biden nodded, but the White House soon responded with a tweet asserting that he was “clearly not responding to any one question, but nodding in acknowledgement to the press generally.”

Putin brushed aside reporters’ shouted questions, including one about whether he feared Russian opposition leader Alexei Navalny, who is now imprisoned.

When they stood with Swiss President Guy Parmelin, who welcomed them to Switzerland for the summit, the two leaders did shook hands – Biden extended his hand first and smiled at the austere Russian leader.

For the session, which lasted roughly an hour and a half, each side had a translator. After a 40-minute break, the meeting was expanded to include senior aides from both sides. Biden and Putin were expected to speak for four to five hours, covering a wide range of topics.

They’ve been exchanging venomous barbs for months. Biden has regularly chastised Putin for destructive cyberattacks on US interests by Russian-based hackers, the imprisonment of Russia’s most prominent opposition leader, and electoral meddling in the United States.