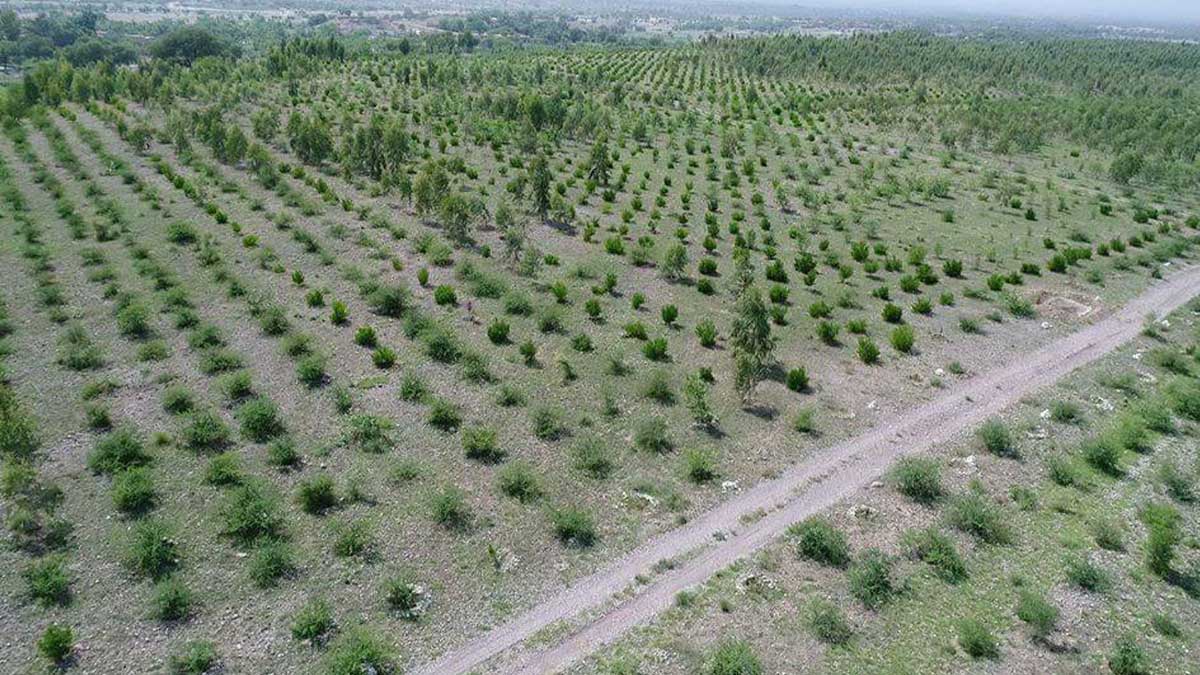 The Punjab Forest Department is going to cultivate around 3,000 kanals of barren land under the Green Pakistan Programme, the land was identified by the district range forest office which would be made fertile and green.

He disclosed that the Punjab Forest Department was bearing all the expenses for the resettlement of all barren lands owned by farmers, adding that 3,000 kanals of more neglected barren land had been identified by the District Range Forest Office which would be made fertile and the expenses of which will be borne by the Punjab government.

“5,000 kanals of such land have already been made productive where saplings were planted by the local office of forest department”, he maintained.

Moreover, Sher Afzal Raja highly praised the efforts of the district administration of Chakwal in order to help the forest department in achieving a big success in the tree plantation campaign.

He further said this scheme was launched under Prime Minister Imran Khan’s Ten Billion Tree Tsunami Programme and the Forest Department employees had been working on it day and night.

Earlier, a team planted 5,000 saplings in a single day in Akhuwat College, Chakwal, where students of the college took part in the plantation campaign.

The Prime Minister Imran Khan launched the Clean Green Pakistan Movement (CGPM) on 13th October 2018. The CGPM has a specific focus on empowering the citizens to seek access to basic services but also making themselves equally accountable and responsible for Clean Green Pakistan.