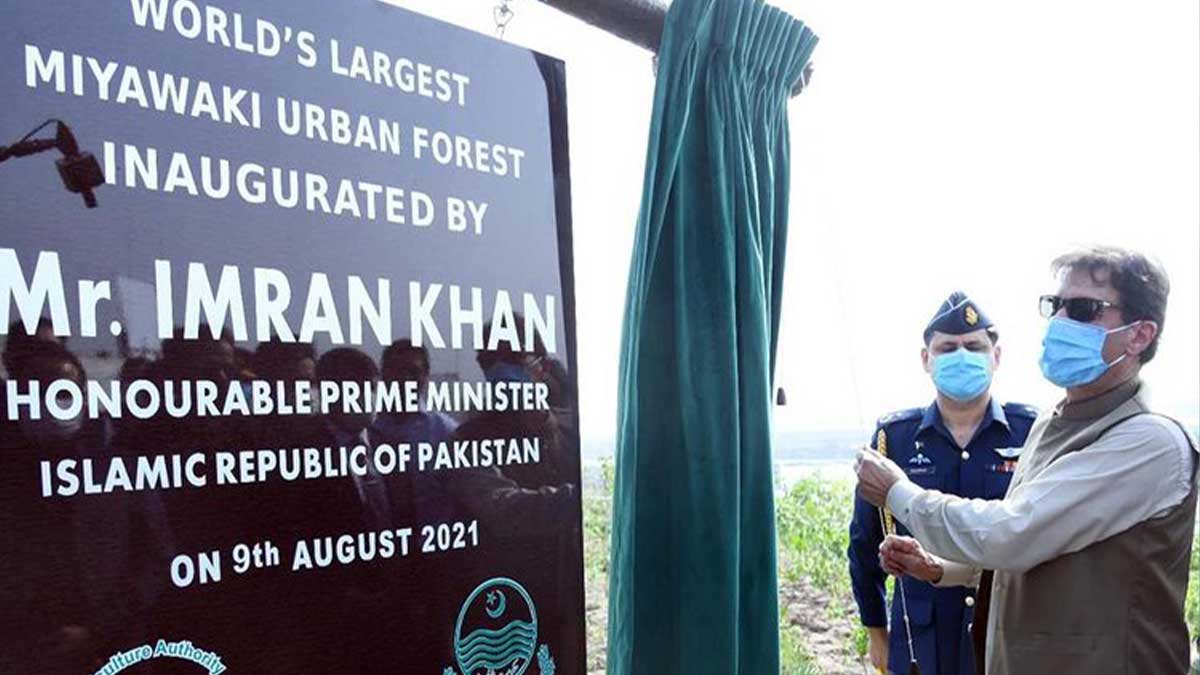 Prime Minister Imran Khan has inaugurated “the world’s biggest” Miyawaki urban forest in Lahore, which is seen as a major step towards implementing government’s vision for a green Pakistan.

He termed it “just the beginning” of the steps being taken towards implementing his government’s vision for a green Pakistan. At least 53 Miyawaki forests are being developed in different parts of Lahore, will create sinks for carbon as well as for better pollution reduction in the city. All have been geo-tagged to monitor their growth and development.

While speaking on the occasion of the forest’s inauguration today, the prime minister stressed that the country had made many efforts and even gone way beyond its capacity and had made full contribution to alleviate the effects of global warming.

The urban forest, initiated under the 10 Billion Tree Tsunami project, has been developed on over 100 kanals and will feature around 165,000 plants that will grow 10 times quicker than in a normal forest owing to the unique Miyawaki technique.

The premier said, “This Miyawaki forest will absorb carbon emissions at a faster pace which in turn will considerably reduce the impact of emissions on the environment.”

He noted that a mere 640 million trees were planted across the country since independence till 2013. “But, from 2013 to 2018 we planted one billion trees in Khyber Pakhtunkhwa alone,” said Prime Minister Imran, adding that “we aim to plant 10 billion trees now.”

He reiterated that Lahore used to be one of the cleanest cities of the country, but had now become Pakistan’s most polluted city. “What we have now done is the beginning. Miyawaki is the world’s biggest forest and we dedicate it to Miyawaki, the professor of Japan who died last month.” said the premier.