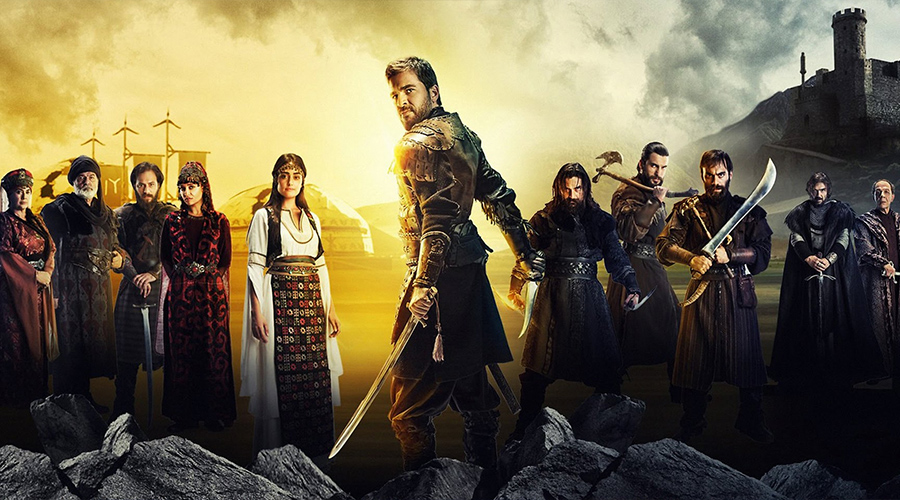 The telecast of the Urdu-dubbed version of Dirilis: Ertugrul has garnered 42 crores in financial profits for Pakistan Television (PTV).

According to reports by fashion magazine Diva, the state-run channel, Pakistan Television (PTV) has reportedly earned a huge profit of Rs 42 crores from the broadcast of the Turkish series, Dirilis Ertugrul.

The show was telecast on the recommendations of Prime Minister Imran that began its broadcast in April-May in 2020 that coincided with the covid-19 lockdown in the country. The staying home helped PTV to earn immense profits from its telecast in Urdu dubbing.

This Islamic history based drama broke the record for ‘most new subscribers in a month on YouTube’ along with viewership records on YouTube. The series is the most watched show on YouTube ever recorded. It is even said to have broken a Guinness World Record.

This is definitely a great investment as PTV continues to capitalize on the show’s success. PTV aired the first episode of Ertugrul Ghazi on YouTube on 25 Apr 2020 that so far received 87 million views and still counting.

Moreover, PTV Home had registered an exponential rise in its viewership and subscription on YouTube. The channel said that 40,000 new subscribers have subscribed to PTV’s YouTube channel in a day.

Moreover, the series had surpassed 10.7 million followers on its Urdu YouTube channel, TRT Ertugrul by PTV in November. The channel has garnered a whopping total of 2,178,106,656 views so far.

On the other hand, PTV has purchased the rights for another Turkish period drama Yunus Emre. The series follows the life of Sufi poet, Yunus Emre. Over the course of two seasons, we will see the protagonist grow from a judicial officer to a dervish.