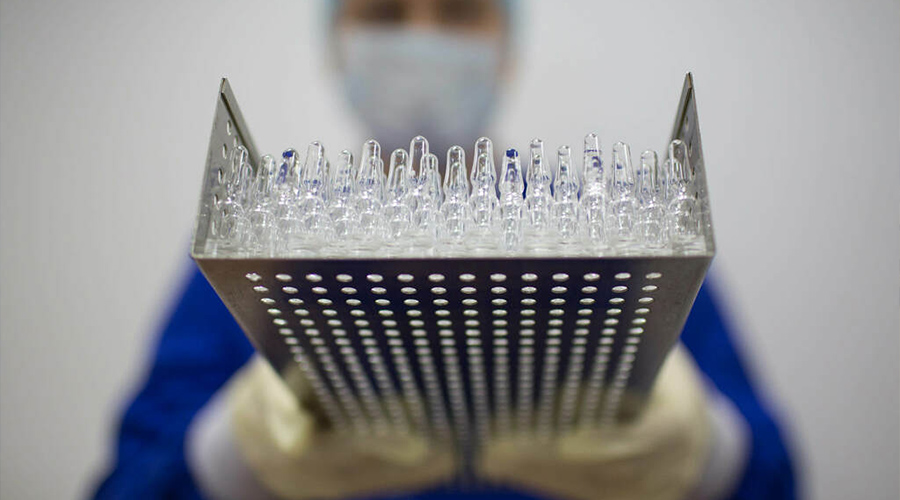 National Command and Operation Centre (NCOC) has developed National Immunization Management System (NIMS) to make sure the efficient supply chain management and administration of COVID-19 vaccine in the country.

The National Immunization Management System (NIMS) has been developed by the National Command and Operation Centre (NCOC) in collaboration with the Ministry of Health, National Database and Registration Authority (NADRA) and National Information Technology Board (NITB).

Read more: Covid vaccine to be administered ‘free of charge’ in Pakistan

The NCOC meeting was held on Wednesday where the initiative was taken in collaboration with the Ministry of Health, NADRA and NITB.

The forum said that the government was in close liaison with leading COVID-19 vaccine manufacturers for its early availability in the country.
The system will enable automated phase-wise registration of citizens for Covid-19 vaccine through SMS/internet, based on CNIC numbers.

NCOC was further informed that Pakistan’s current positivity ratio stands at 5.92 percent. The highest positivity ratio was observed in Karachi at 13.84 percent, followed by Hyderabad 8.79 percent and Swat 7.89 percent.

The ratio in various federating units was found to be:

Whereas, Punjab recorded the highest number of deaths in the last 24 hours, followed by Sindh.

Meanwhile, the highest number of oxygenated bed occupancy in the country was in Peshawar, at 63 percent, followed by Multan 39 percent, Islamabad 35 percent and Rawalpindi 30 percent.

The highest number of ventilator occupancy was seen in Multan at 44 percent, followed by Islamabad 41 percent, Lahore 32 percent and Peshawar 30 percent.