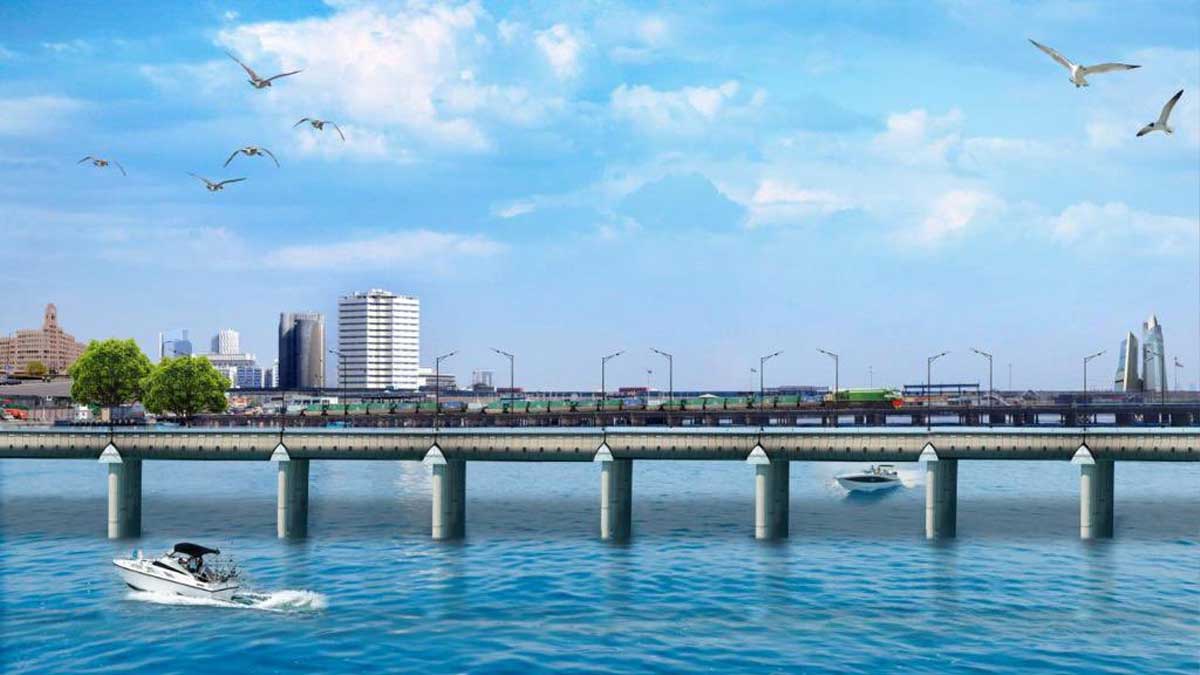 With the aim to lessen traffic congestion, the Karachi Port Trust (KPT) is presently working on a six-lane bridge, the Federal Minister for Maritime Affairs Ali Zaidi disclosed the news on Twitter.

According to the details publicized by the Minister, KPT concluded the agreement for the bridge after two and a half years of planning and tendering. This six-lane bridge will unite the East and West Wharves along the Native Jetty Bridge. Further, it will have a cost of Rs 2.3 billion and is predicted to be completed within 18 months.

By the construction of the six-lane bridge, KPT shows confidence to decrease the traffic congestion caused by the movement of cargo.

A big challenge for @official_kpt has been the movement of cargo & traffic congestions caused by it. After 2 1/2 yrs of planning/tendering etc, KPT is contracting a 6 lane bridge connecting East & West Wharfs along Native Jetty costing Rs.2.3B. Completion in 18 moths#BlueEconomy pic.twitter.com/DpqWtPFt54

“A big challenge for @official_kpt has been the movement of cargo & traffic congestions caused by it. After 2 1/2 yrs. of planning/tendering etc., KPT is contracting a six lane bridge connecting East & West Wharfs along Native Jetty costing Rs.2.3B. Completion in 18 months,” the minister wrote on Twitter.

In the meantime, Minister for Information and Broadcasting Fawad Chaudhry applauded Minister Ali Zaidi. In addition, Twitter also esteemed Minister Zaidi for the commendable work. As a clarification, KPT is a federally administered public division organization that supervises the processes of Karachi Port.

It works as a Trust working under a Board of Trustees detached from the Federal Government. Still, the Ministry of Maritime Affairs is also responsible for it.

Therefore, KPT spoke the raised port expressway will join the under-construction Pakistan Deep Water Container Port (PDWCP) with the Lyari Expressway whereas passing over the Mauripur Road. Accordingly, the expressway will ease the PDWCP, coal yard, and KPT’s East and West Wharves.

Most prominently, KPT displayed outstanding achievement under the PTI government’s leadership. Back in June, Minister Zaidi declared that KPT nurtured considerably over the past months.