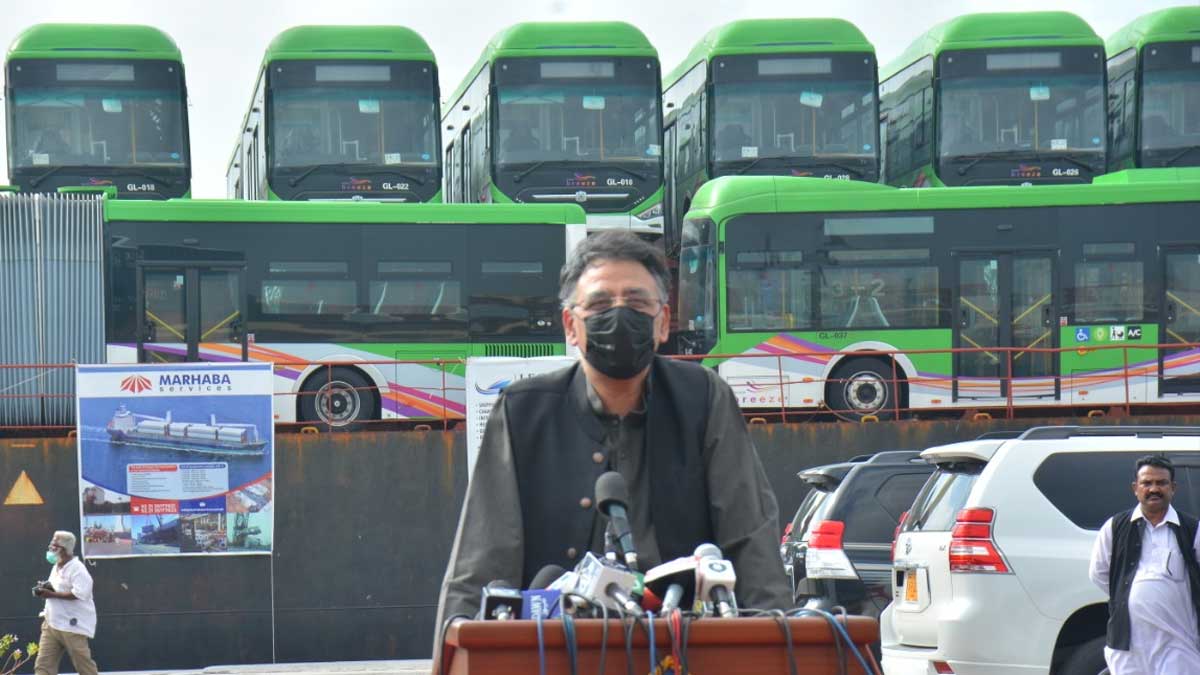 The long-promised Green Line Bus Rapid Transit (BRT) mission would be set for trial operations in Karachi within the next 10 days, claimed Federal Minister for Planning and Development Asad Umar.

In a tweet, Umar said that Prime Minister Imran Khan will accomplish the groundbreaking of the Green Line BRT project, which targets to ease the people in Karachi.

This project had been in progress since 2016 by former Prime Minister Nawaz Sharif, who had intended to accomplish the project within one year. But, because of several reasons, the project could not get accomplishment.

“PM Imran Khan is coming [to Karachi] to solve the transportation issues of the citizens of Karachi,” Umar said while addressing a PTI workers’ convention in Karachi.

He assured that the government of PTI will settle Karachi’s transport problems as he proclaimed that PM Imran Khan will initiate the project in Karachi within two weeks.

“Karachi’s journey towards development has begun,” the minister added.

Furthermore, Umar stated that the tally has continually been an issue in Karachi.

The minister said that an objection was received that the people of Karachi fail to find employment at which, Prime Minister Imran Khan said that census should be led every five years.

“A fair and transparent census will be conducted in Karachi,” Umar said.

Previously, on September 19, Karachi got its public transport which was much-needed to boost the transport system of the city as a cargo ship carrying the Green Line Bus Rapid Transit (BRT) project buses had entered Pakistani territory.

According to the authorities, the cargo ship Feng Shen, laden with 40 buses, had arrived in Pakistan’s territorial waters.

Moreover, Sindh Governor Imran Ismail had also proclaimed that the BRT project would be initiated in Karachi in a month’s time.