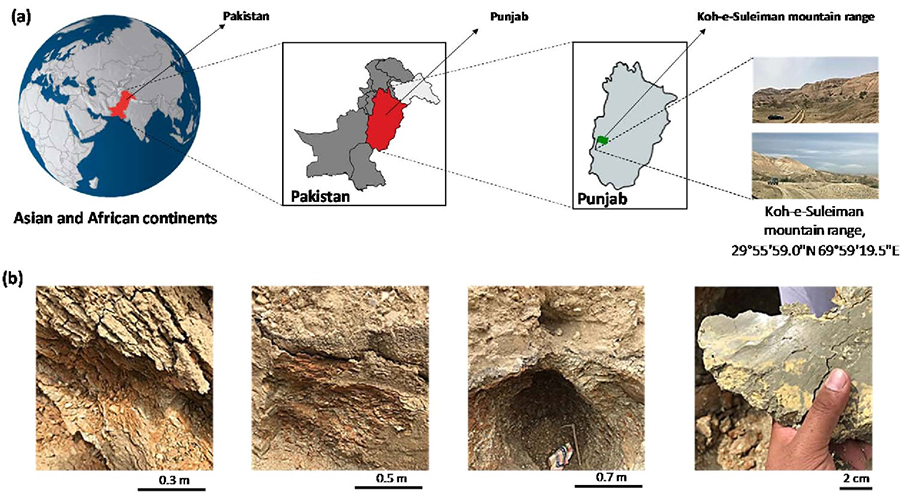 In recent research, published in a renowned science magazine, “Nature Scientific”, it has been explored that in Koh-e-Sulaiman, a mountain range of southern Punjab Pakistan, exists a precious mineral, called montmorillonite.

This is a porous clay mineral that belongs to the sematic group and is composed of 2:1 layered with exchangeable cations between the layers.It can be utilized in different industries like pharmaceuticals, cosmetics, engineering, and healthcare.

It has been found that is an important ingredient in pharmaceuticals due to its swelling, rheological, moisture-retaining, absorption, detoxification, and anti-viral properties.

The adsorptive quality of montmorillonite renders it suitable for drug entrapment and sustain-release and its swelling and rheological quality may be used to optimize the physical and mechanical properties of formulations including elasticity and tensile strength of gels or films.

As an important remedy for oily skin and the reduction of pimples, its adsorption properties can highly useful. This precious mineral can adsorb toxic heavy metals and unwanted anions like fluoride in water therefore it can also be used for the treatment of water.

The deposits of montmorillonite exist at different places like the Himalayas in China, the Urals in North Pakistan, the Caucasus in Georgia and Russia, the Andes in Pero and Ecuador, and the Wasatch mountains in Utah.

The recent discovery shows that a big quantity of the montmorillonite mineral has been found in the mountains of South Punjab. If the government takes appropriate actions to explore this precious mineral, there could be big chances of industrialization in that areas can change the fate of the poor people.

Along with the benefits, the mineral has some undesirable substances like lead, arsenic, and crystalline silica which may not only impede their industrial potential but may also have adverse health effects if employed in raw shape.

To meet the reproducibility, content, and purity standards set by the regulatory authorities, clays must undergo rigorous purification for the standardization of their physicochemical and functional properties.