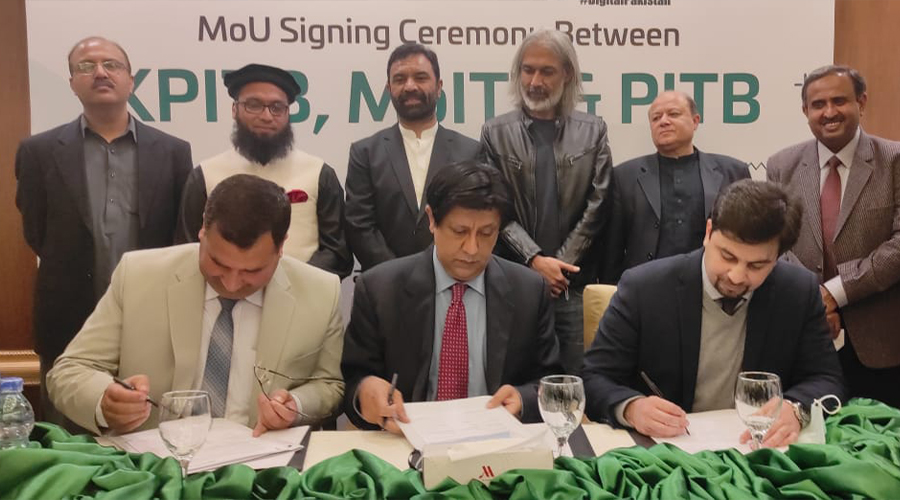 National Freelance Training Program (NFTP) and new National Incubation Centers (NICs) are going to be established in universities across three districts of Khyber Pakhtunkhwa (KP) in collaboration with the Punjab Information Technology Board (PITB).

PITB, Khyber Pakhtunkhwa Information Technology Board (KPITB) and five universities of the province signed agreements in this regard. PITB & KPITB also signed an agreement for mutual cooperation in Information Security.

The Memorandum, for the establishment of National Freelance Training Program (NFTP) Centers and Expansion of National Incubation Centers (NICs) was signed in Islamabad during a ceremony. Advisor to Chief Minister of Khyber Pakhtunkhwa on Science and Information Technology Mr. Ziaullah Khan Bangash was the Chief Guest.

The aim to establish National Freelance Training Program & National Incubation Centers is to provide skills for freelancing training to the youth of Pakistan in order to empower them and encourage them to take part in the national entrepreneurial ecosystem.

While addressing the event, Azfar Manzoor said that youth are the agents of change. He explained that this partnership will provide jobs to all the young people of Pakistan. He further added that “We are going to open 13 incubation centers across Pakistan under National Expansion of NICs.”