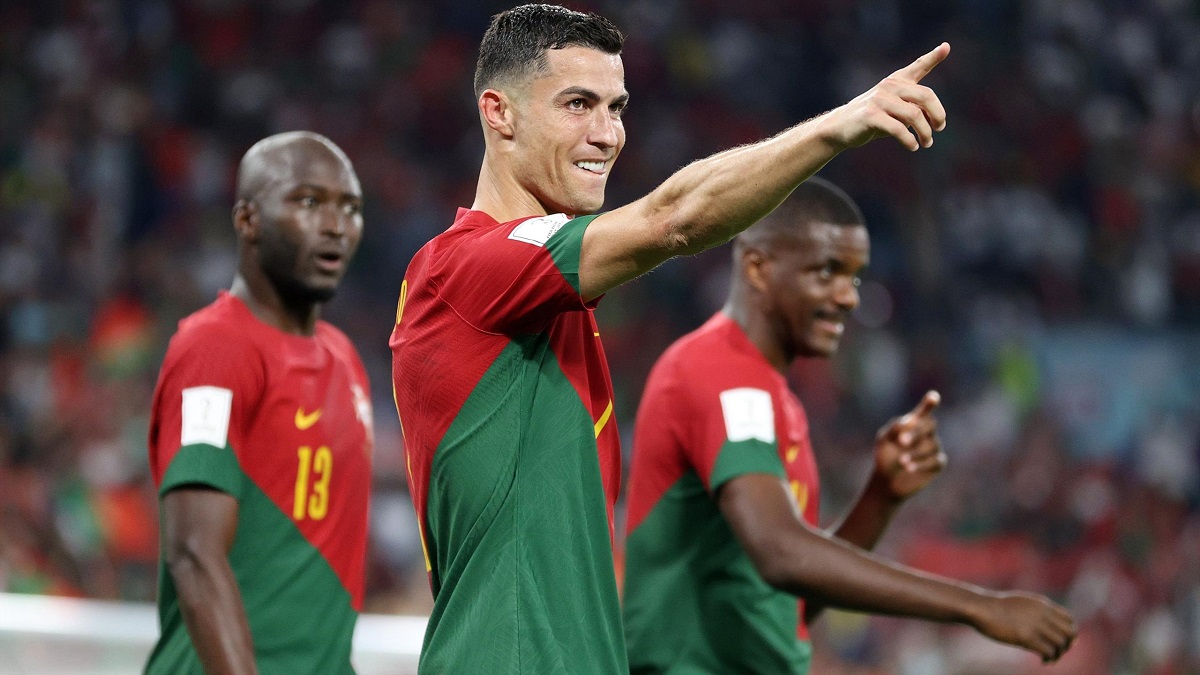 Cristiano Ronaldo becomes the first player to score in five World Cups, but Portugal had to fight back to defeat Ghana on Thursday with a tense 3-2 scoreline.

In their Group H opener, the 37-year-old netted a penalty to defeat a resolute Ghanaian team.

When Mohammed Salisu’s challenge on Cristiano Ronaldo resulted in a penalty kick in the 65th minute, Ghana was incensed, but they rallied thanks to Andre Ayew in the 73rd.

Joao Felix, though, gave Portugal the lead back and Rafael Leao, a substitute, added a third, which was crucial when Osman Bukari scored a late consolation goal for Ghana, who had squandered a wonderful opportunity to steal a point via Inaki Williams.

With his game-changing goal, Ronaldo made sure he stayed in the spotlight, but Portugal also needed fellow forwards Joao Felix and Leao to collaborate at Stadium 974.

Fernando Santos, the manager of Portugal, was unhappy with his team’s subpar performance.

Nevertheless, Portugal finally prevailed to top the Group H, as South Korea and Uruguay, who had earlier drawn 0-0.

The late failed goal attempt was another world cup drama in which we see a shocking defeats for Argentina and Germany.

Ronaldo’s strike guarantees that he will end up living as a World Cup legend as he is the first player to score in five different competitions.

He scored his debut goal against Iran in 2006 at the age of 21 years and 132 days. The 37 years old Cristiano Ronaldo becomes the youngest and oldest goal scorer for Portugal at the World Cup.

In the second round of Group H matches, Ghana plays South Korea on Monday while Portugal takes on Uruguay.