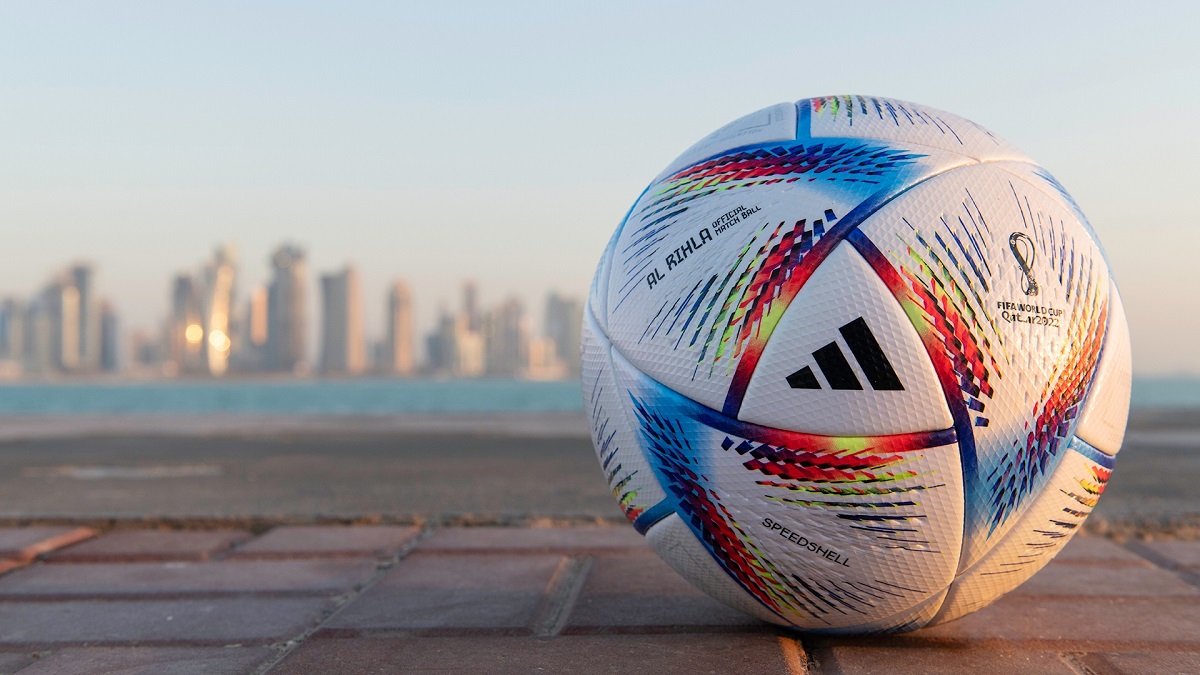 November 20,2022 marks the beginning of a much awaited and one of the biggest football events, FIFA World Cup 2022. Spree of tens of billions of dollars has been spent by the host country Qatar, to build the stadium and infrastructure to upheave the spirit of the FIFA World Cup. Pakistan football team couldn’t qualify for the FIFA World Cup, but Pakistan has its share of contribution in this month long event by having the honour of one of the two manufacturers of the FIFA World Cup match ball- “Al Rihla”. This is indeed another feather in cap for Sialkot based “Forward” company.

Forward sports, a company based in Sialkot-Pakistan is an official producer of Al Rihla which means ‘the journey’ in Arabic, for FIFA World Cup 2022. The company was entrusted by Adidas, a German sports company, for the production of the match ball. Forward sports company is known for the production of football called “ Brazuca” for FIFA  World Cup back in 2014 held in Brazil and “Telstar 18” in FIFA World Cup held in Russia in 2018. According to an estimate the company holds the responsibility to provide a minimum of 3000 balls for the World Cup and around 8 million replicas are expected to be sold around the world.

Forward sports company was founded in 1991 by Khuwaja Masood Akhter, a civil engineer by profession, but an ardent fan of sports. It gained a recognition around the globe when in 1994 it started working with Adidas and many other international companies. It has produced balls for several international events including UEFA champion league held in Spain in 2009 and London Olympics held in 2012. The company adds to export of country by exporting sports goods worth $51 million, according to the Pakistan’s Bureau of statistics. It produces nearly 700,000 hand stitched balls per month.

Forward sports company claims to produce two types of balls. There are match balls that are used during the international events and then there are more economical balls sold in open market. It is the world’s biggest company known for the manufacture of hand stitched balls. This company employees almost 4,000 people, including men and women, which makes it as the largest employer and it provides job opportunities to many locals thus helping fight the unemployment in the country.

Design of Al Rihla is inspired by the culture, architecture, iconic boats and flag of Qatar. The ball is technically called “thermo bonded” which means that the panels are attached through heat and does not involve stitching. This is the latest technology adopted by Adidas and forwarded to Pakistan in 2014. Since 1990 to 2010 hand stitched balls were produced by Forward sports. It weighs around 410 to 450 grams. Al Rihla is the fastest ball than any other in the tournament’s history, which makes it sustainable and it supports peak game speed. It has twenty panels out of which eight are triangular making it accurate, fast and reliable. This ball is the first ever ball to be made exclusively with water based inks and glues. It is indeed the first ball designed with sustainability as a priority. Al Rihla provides with the highest level of accuracy and reliability on field play due to it’s panel shape and surface texture.

Although Pakistan football team has been suspended by FIFA, we Pakistanis have other positive reasons to feel elated. Appearance of Pakistan’s manufactured balls in FIFA World Cup will indeed represent the country’s great handicraft. Khuwaja Masood Akhter, the owner of the Forward sports company, through his vision and dedication, has helped the country to gain an international recognition. It delivers a positive message to the nation that  through consistency and hard work we can take our country to the  heights of glory.