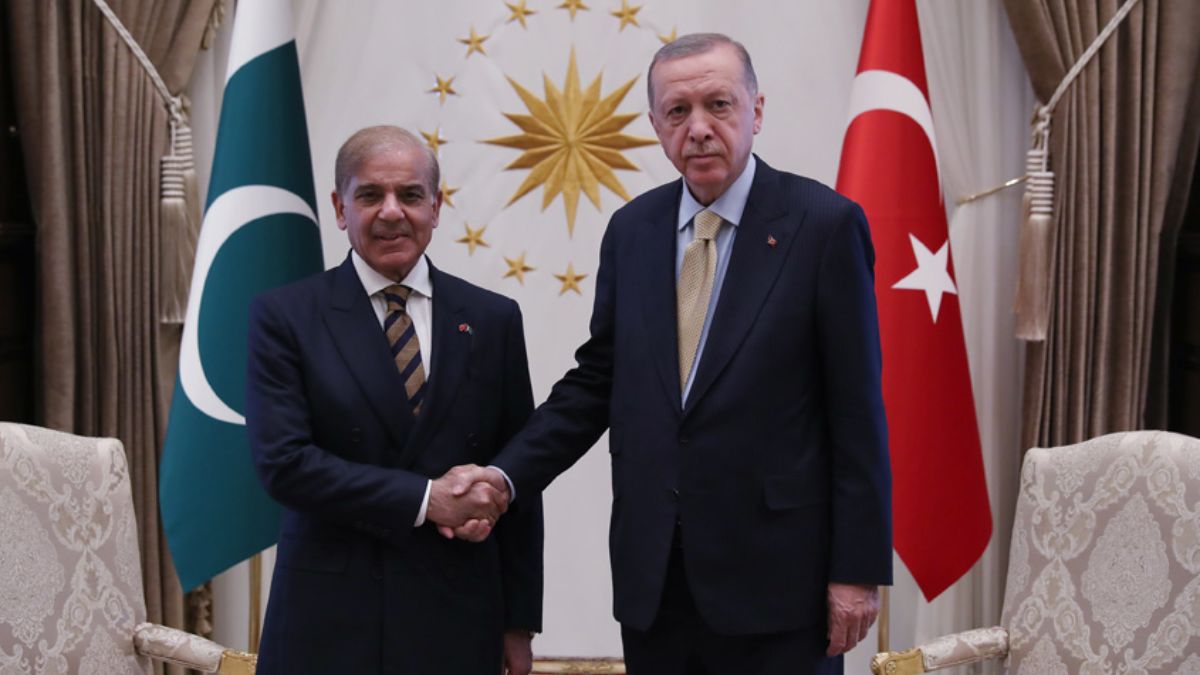 Prime Minister Shehbaz Sharif will be leaving for a two-day official visit to Turkiye on Friday at the invitation of President Recep Tayyip Erdogan. He will lead a high-level delegation to the country. According to a Federal Foreign Office (FO) statement, the PM Shehbaz will “co-commission the third of his four MILGEM corvettes of Pakistan Navy, PNS Khaibar, at the Istanbul Shipyard”. Ahead of his departure, the prime minister said in a tweet that the commissioning of a third MILGEM corvette represents a deepening of defense cooperation between Turkey and Pakistan.

“High-level interaction is a defining feature of our partnership,” he said. “Our bilateral relations have entered a new era of strategic partnership under the leadership of President Erdogan.”

The PM Shehbaz went on to say the two countries were on track to “realize the full untapped potential of the relationship”, adding that high-level exchanges were a “defining feature” of the partnership between the two countries travel agenda.

FO said Prime Minister Shehbaz will “interact with Turkish business leaders” during the two-day visit and that he will also meet with the president of the ECO Trade and Development Bank during his stay in the country’s capital city of Istanbul.

The FO added that the two countries “enjoy a bond of brotherhood, deeply rooted in commonalities of faith, culture and history, fueled by extraordinary warmth and mutual trust.”

The MILGEM project, based on joint cooperation between Turkiye and Pakistan, was signed in 2018 with Turkey’s state-owned defense company, ASFAT Inc for the Pakistan Navy to acquire four of the MILGEM-class ships from Turkey.

The MILGEM vessel is 99 meters long, has a displacement of 2,400 tons and a speed of 29 nautical miles. These submarine warfare regattas, which can be hidden from radar, will further strengthen the defense capabilities of the Pakistan Navy.

“This project is an important milestone in the strategic partnership between Pakistan and Turkey and continues to rise.”