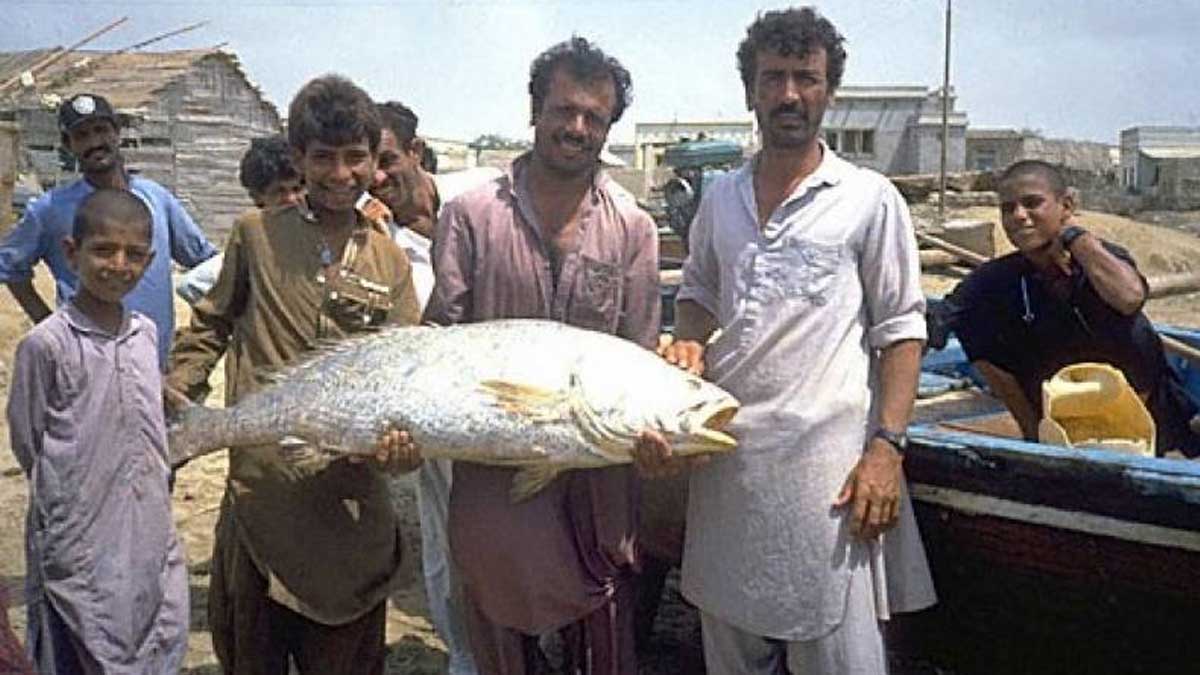 After inadvertently catching a rare fish while fishing in the Gulf of Oman near Jiwani, a small town in the Gwadar area, a fisherman has become a millionaire.

The fisherman caught ‘Sowa,’ a unique fish found in the Gulf of Oman, according to details. The fish weighed 48.5 kg and was auctioned for Rs 13.58 million in the market.

In this regard, the fisherman stated that he was fishing in the sea as he did every day when he observed that a large fish had been entangled in his net. The fish turned out to be Suva after further investigation.

While the event drew a large gathering eager to catch a sight of the rare fish, the fisherman expressed his delight after making a millionaire with a single catch.

The captain of the boat, Sajad Umer, was overjoyed at the catch, which was made with bottom-set gillnets. In a single day, he has already sold the rare fish worth Rs. 800,000.

Spotted croakers and Japanese meagre are two types of huge rare croakers discovered in Pakistan that have recently been sold for millions of rupees, according to specialists.

The fish’s enormous swim bladder, which is used in soups to soothe pregnancy-related discomfort and cure joint problems, among other conditions, is the primary reason for its high price.

In Hong Kong or Guangzhou, a single swim bladder might bring as much as Rs. 500,000 per kilogramme.