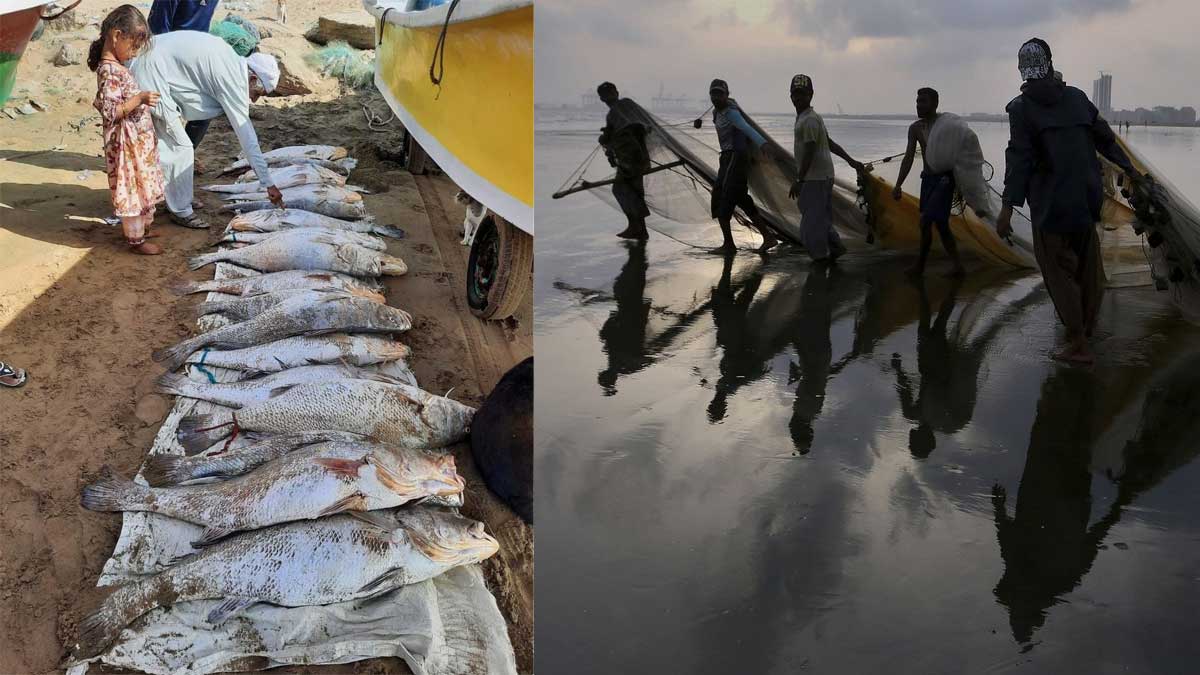 After catching 18 big rare croakers (also known as Kir) in the waters of Jiwani earlier this week, a bunch of Baloch fishermen earned millions overnight.

The captain of the boat, Sajad Umer, was overjoyed at the catch, which was made with bottom-set gillnets. In a single day, he has already sold fish worth Rs. 800,000.

Spotted croakers and Japanese meagre are two types of huge rare croakers discovered in Pakistan that have recently been sold for millions of rupees, according to specialists.

The fish’s enormous swim bladder, which is used in soups to soothe pregnancy-related discomfort and cure joint problems, among other conditions, is the primary reason for its high price.

In Hong Kong or Guangzhou, a single swim bladder might bring as much as Rs. 500,000 per kilogramme.

“This area, which stretches between Daran and Gunz for eight to nine kilometres, appears to have been used by croakers as a spawning aggregation location for several years.”

Unfortunately, some fishermen have discovered this place and are rapidly eradicating the last population of this rare croakers species in our waters,” stated Muhammad Moazzam Khan, WWF-P Technical Adviser.

Sudheer Ahmed, a research associate at WWF- Pakistan’s Information Center at Jiwani, claimed that fisherman caught numerous giant croakers in the area in 2019 and 2020.

He was concerned that unregulated croaker fishing in the area could lead to extinction. He urged the province government to take quick action to preserve the species, which might include establishing a Marine Protected Area in the area.