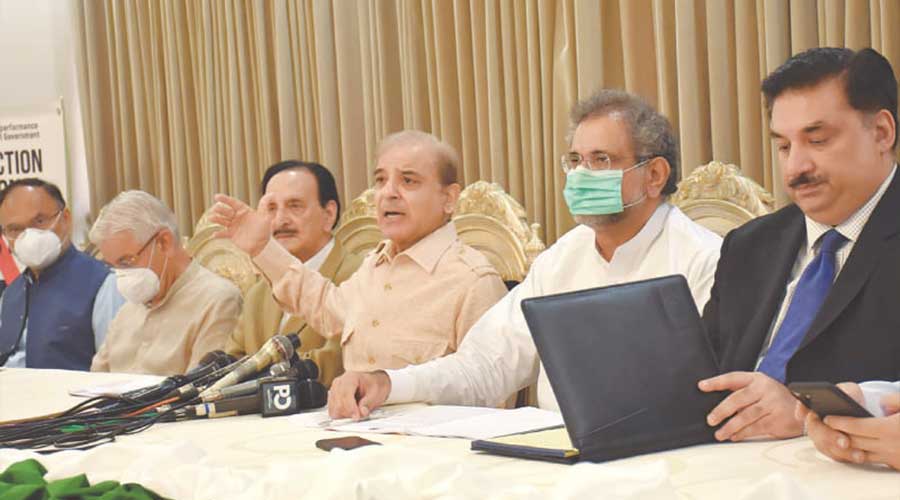 The opposition party PML-N has released a white paper on two-year performance of incumbent government and declared that the PTI government has weakened Pakistan through its incompetence, failures and corruption.

On Monday, the Pakistan Muslim League Nawaz president Shehbaz Sharif accused the Pakistan Tehreek-e-Insaf government of ruining the economy of Pakistan through its incompetence and pro-elite policies.

The PML-N party leadership accused that PTI did not fulfill its promises and now people are yearning for the old Pakistan back. The opposition party added that the economy of the country has also been ruined due to the government’s incompetence.

PML-N leaders criticized the present PTI government performance at a press conference in Islamabad, they presented a white paper titled “Destruction of National Power” on the government’s two-year rule. The president of the party Shehbaz Sharif started the criticism lashing out at Prime Minister Imran Khan’s government by calling the government incompetent who did not care about the people’s issues.

He stated, “When we talk about the tabdeeli sarkar (regime of change), we don’t find anything to acknowledge but sadness and pain in the past two years,” he said, adding that inflation caused due to the government’s policies had brought the common man “to the brink of destruction”.

Moreover, PML-N former leader Nawaz Sharif was called the real leader who carried out historic development and completed projects which have resulted in prosperity in contrast to what Imran has done.

PTI failed to prove any corruption against PML-N

Shehbaz while presenting the white paper before the media further said that the present PTI government had ridiculed the China-Pakistan Economic Corridor (CPEC) and leveled allegations against the PML-N but no corruption could be proved against them.

He said the PTI had failed to prove corruption in any of the projects started by Nawaz despite its “incessant propaganda”.

Furthermore, he said sugar was being sold at more than Rs 100 per kilograms, was also imported and govt allowed to export the sugar to benefit certain bigwigs.

Shehbaz again accused, “Enough electricity exists in the country but load-shedding is still ongoing due to this government’s worst incompetence.”

He also said that the opposition party had extended a hand of cooperation to the government but was rejected. Shehbaz concluded, “Now they need to show results. Saying ‘I will not give NRO’ won’t feed people”