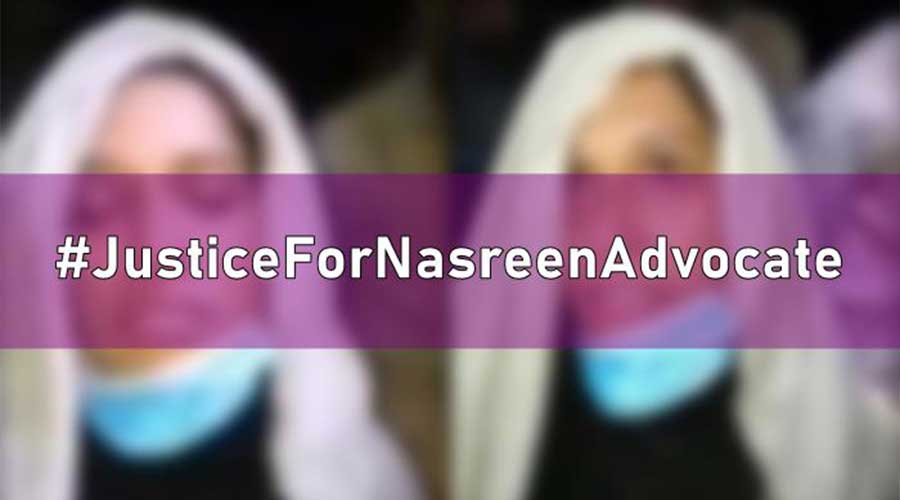 Twitter is trending with the hashtag #JusticeforNasreenAdvocate to demand justice for Advocate Irshad Nasreen who was kidnapped, tortured and raped by anonymous people from Haveli Lakha in District Okara.

On 15th of August while returning from a court hearing Advocate Nasreen was illegally abducted by unidentified men. The culprits took her to an unknown place where they tortured and raped her for four days.

After some days the criminals dumped her on the edge of the road in a terrible condition and ran away. According to her statement and some sources, they also made her sign a blank paper. A video is also circling on the internet showing her in a disheartening and devastated condition.

The advocate was found in Mailsi which is a small town 200 KM from Depalpur. The victim’s hands were tied behind her and she was also gagged with a rope. Advocate Nasreen was saved by some passerby.

According to Shahzad Akbar the Advisor to the PM on accountability and Interior, Prime Minister of Pakistan has taken notice of the heartbreaking incident.

In addition to this matter, Shahzad said the authorities have been instructed to examine the case and arrest the perpetrators as soon as possible. It is pertinent to mention that Advocate Nasreen is abducted for the second time since October 2019.

After the video emerged, Pakistanis were stunned over the incident and all the Twitter users started demanding justice for Advocate Nasreen.

According to Nasreen’s statement, four men abducted and tortured her. The Police rushed her to the hospital for medical treatment. The family revealed that the lawyer is still suffering.

In Pakistan, there has been a rise in cases of kidnapping, rape and torture, and we constantly see these kinds of news on social media. Last month, a group of drunk men forced a teenager to strip and filmed her in the city of Rawalpindi. We hope this time Advocate Nasreen gets justice and Pakistan changes its laws towards abduction and rape so that the country encounters such cases no more.