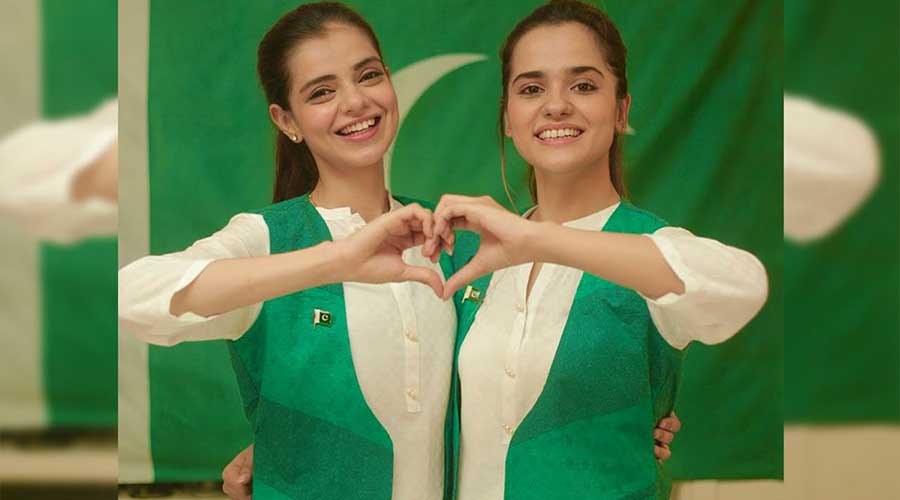 Both the girls have a dance YouTube channel where they share their passion for dancing. These two young beautiful girls shot a dancing video “Dil Say Pakistan’ for Pakistan independence day on August 14, which has won the whole nation’s heart and so far their video has garnered 2.8 million views.

These two sisters who are not sisters in real, Srha Asghar and Rabya Kulsoom Rehan have worked in the Pakistan drama industry also. They both shared their experience of trying a new craft with the launch of their YouTube channel Danceography Srha X Rabya. Their channel has now more than 174k subscribers.

Srha said, “The idea dawned upon us when our wardrobe designer enthusiastically asked us to shoot something on the occasion of August 14. We immediately agreed for the collaboration as we both wanted to shoot something different for Independence Day – especially during the lockdown when there’s nothing much to do at home”.

She further told that both of them decided to choose a dance video through which viewers can be connected to their Danceography Srha X Rabya channel. She told that their main objective was to project Pakistani culture in the video. “We picked Haroon’s celebrated soundtrack Dil Say Pakistan to keep up with the relatability factor and also because of the fondness Pakistanis have for that song,” Asghar explained.

Furthermore, they shared that their experience was very engrossing that helped them revive their old memories of childhood when they used to celebrate 14th August like this in school and that celebrating Independence Day was used to be a huge deal for everyone. “We deliberately kept the steps simple so that young children can learn and incorporate them into their Independence Day dance presentations and tableaus.”

In the end, they were asked, how they felt on the big good reaction of the public on video, “It felt as if our message has been conveyed to our audiences,” Kulsoom remarked.