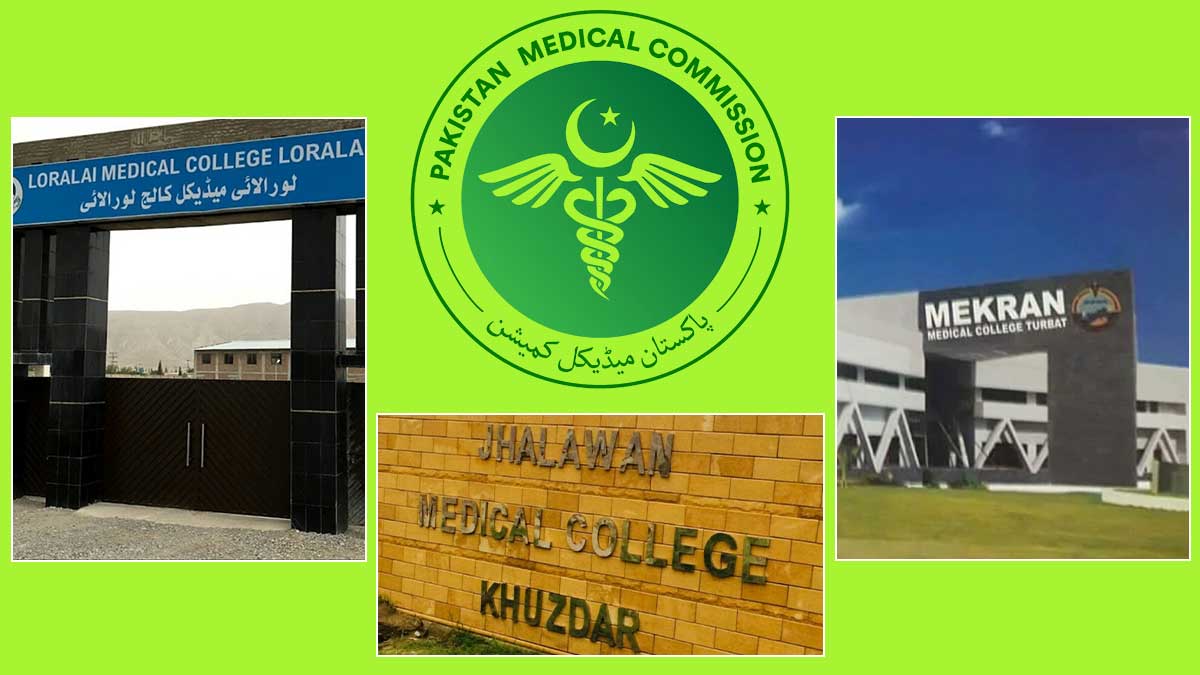 Three new medical colleges of Balochistan have been approved by the Pakistan Medical Commission (PMC), were operational from 2018 without registration.

Almost 600 male and female students were studying in these three medical colleges, however due to the lack of required formalities, the PMC had not accepted their registration during the past four years.

Official sources said that after achievement of procedures and delivery of obligatory equipment and additional amenities to these colleges and training hospitals the officers of the PMC visited them and recommended their registration.

The Balochistan’s health department officials said, “The council of PMC has approved the registration of all the three medical colleges of Balochistan,”tallying that the PMC assembly offered the approval in its meeting held in Islamabad.

They further said the Pakistan Army and the Combined Military Hospital (CMH) played an optimistic role in the approval of the registration of these institutions.

According to them, with the registration of these institutions, students of remote areas of Balochistan would have the opportunity to obtain higher medical education which would result in overcoming the shortage of doctors in the province.

The health secretary of Balochistan acknowledged the PMC president for taking special interest in registration of the three medical colleges.

Meanwhile, the provincial government also showed gratitude to the Pakistan Army and the PMC for their assistance in the approval of the registration of these institutions.

With regard to other projects in the country, the Academic Council of the University of Karachi has approved the four-year BS degree program for the academic session 2022. The Academic Council meeting was chaired by the KU Vice Chancellor, held at the Arts Auditorium. The Council also permitted BS Genetics and BS Poultry programs which were just approved by the Board of Faculty of Science.