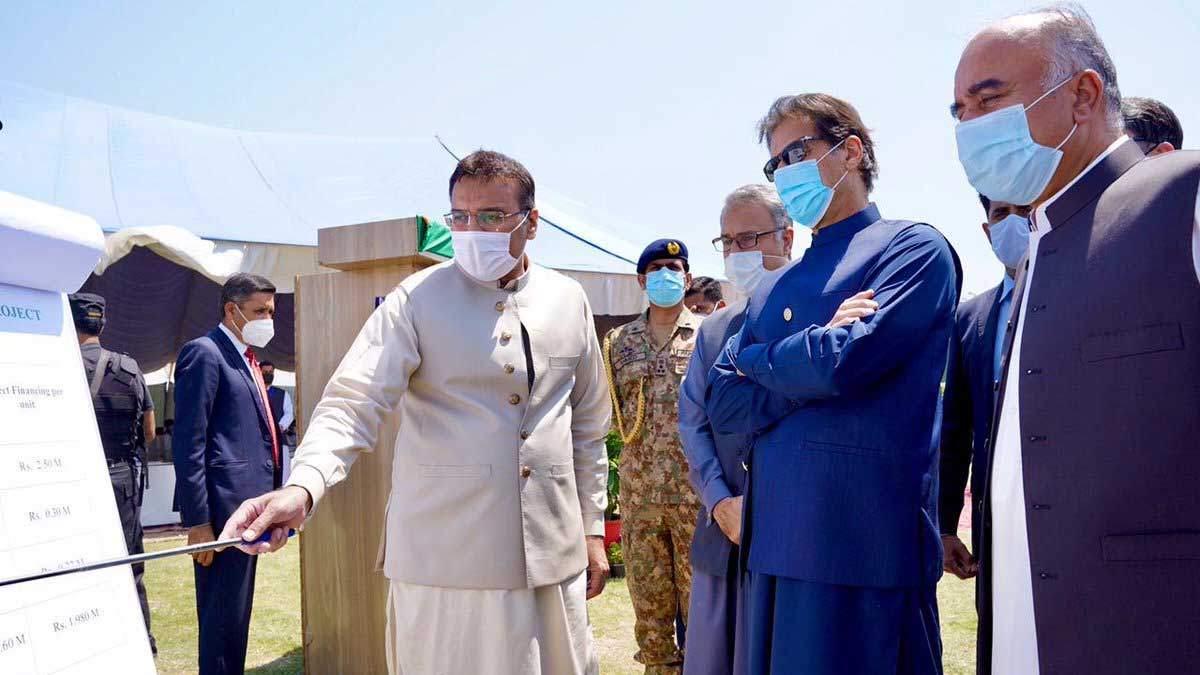 Prime Minister said that the provision of shelter to the common man is the basic responsibility of the state. He said it on Wednesday while addressing the foundation-stone laying ceremony of the low-cost housing scheme in the Jalozai area of Nowshera.

The Prime Minister appreciated the efforts of the Chief Minister of Khyber Pakhtunkhwa for starting the low-cost housing scheme in line with the federal government.

While appreciating, he said that Khyber Pakhtunkhwa has become the first province of the country which is providing health insurance facilities of up to Rs 10,00,000 to every citizen.

The Jalozai Housing Scheme is under Naya Pakistan Housing Pakistan Housing Project. The project comprises 1,320 housing units, the cost of each unite comes to Rs 25,00,000, each to be allotted to those having below Rs 40,000 per month.

Speaking at the occasion, the Premier said that people do not understand the worth of rule of law. He added that the rule of law means implementing the law on the powerful but when any such attempt is made, the powerful form PDM-style alliance to shirk accountability.

The Prime Minister said that the people do not suffer from poverty due to a lack of resources. It is an injustice that increases poverty. He said that the matters have been settled with the banks and an agreement has been signed on mortgage financing which is the key factor in completing the low-cost housing project. He asked the banks to make the disbursement procedure easier and bank staff should be properly trained in this regard.

The Jalozai apartments would be built on 9,800 Kanal and would be allotted to those, registered through balloting.