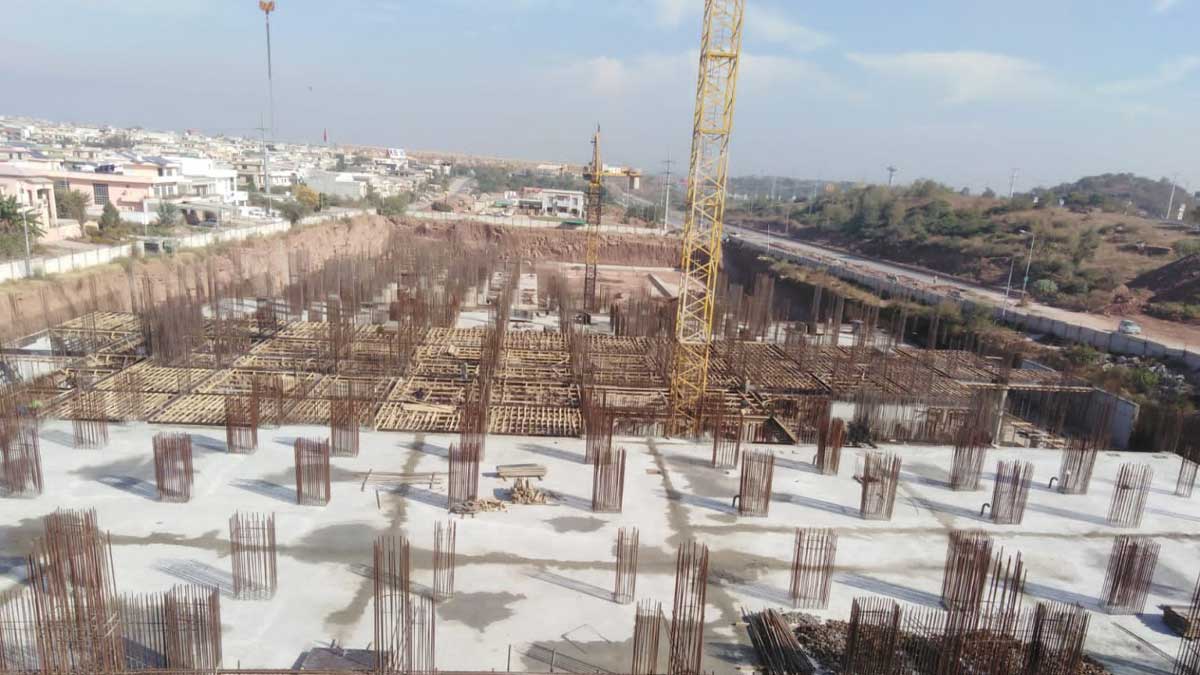 Prime Minister Imran Khan expressed his annoyance over the Federal Government Employees Housing Authority (FGEHA) due to the slow pace of work on the Kashmir Avenue apartment project in G-13 sector, Islamabad.

The prime minister inaugurated the project in April 2019. As per the details, the premier paid a surprise visit to the site without any protocol on Friday morning and did not find anyone there. The project manager was called who updated him.

The PM displayed his displeasure over the slow speed of work and ordered the authority to speed it up.

On the FGEHA website, it was stated that the project comprised of three towers, each having a basement and ground-plus 21 floors.

Moreover, the project is planned to have a total of 1,467 apartments, from which 714 will cover 1,300 square feet area each whereas 753 apartments will be covering 11 square feet each. The basements of the buildings will be kept for car parking and the ground floors for convenience.

The apartment project is planned to be built in the mauve area of the sector. As per the master plan of Islamabad, mauve zones along all sectors are earmarked for establishing institutions and offices.

The master plan shows that the blue color mirrors the city district business hub, Blue Area, and mauve is reserved for offices and institutions.

On the other hand, the federal cabinet on the demand of FGEHA made a modification to the master plan of Islamabad in 2019 and permitted the authority to build the apartment buildings in the mauve area.

An official from FGEHA stated that all four housing projects were facing delays.

However, the FGEHA Director General Tariq Rashid could not be communicated for comments.

Meanwhile, another officer of the FGEHA informed the media that there were problems regarding the G-13 Kashmir Avenue and Lifestyle Residency projects.

There is no major postponement in the Chaklala Height and Skyline projects.

“They are demanding escalation charges more than the fixed limit. So there is a deadlock. We are trying to fix this issue,” the officer said.