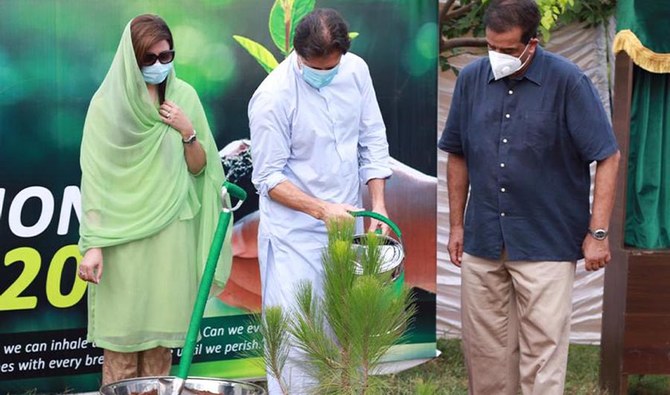 On Sunday, Prime Minister Imran Khan launched a “record-breaking” tree plantation drive in Pakistan of planting 3.5 million saplings and said that growing plants is the responsibility of all citizens.

On Tiger Force Day, PM launched a plantation drive where millions of plants were planted and many citizens played their role too. The PM himslef planted a tree in Islamabad in an event of the Tiger Force for planting 3.5 million trees that is record-breaking plantation in the history of the country. He said, “I pay tribute to all those who planted a sapling on my call.”

He further said while sharing the negative impacts of climate change that a country like Pakistan suffered to a larger extent for being affected by the environmental changes, he thanked Allah Almighty that He gave them the power to overcome the situation. “The climate change reduced wheat production in the country by 150,000 tonnes, melted glaciers that could at worst be converted into deserts.”

According to Prime Minister Imran Khan, everyone should contribute and cooperate to play their role in tree plantation drive and plant trees in cities. He also told that the federal government has launched a project in Lahore to revive the River Ravi. The Lahore city is highly populated and pollution level increases in the winter season leading to serious breathing issues by hundreds of thousands of people every year, this is why planting trees will lower pollution in the country.

He also told that only a few countries could overcome the pandemic COVID-19 and Pakistan is one them “Even the world now acknowledges the successful strategy adopted by the country.”

In the end, he advised wearing masks wherever one goes and asked the whole country to adopt precautions and follow standard operating procedures during the month of Muharram.