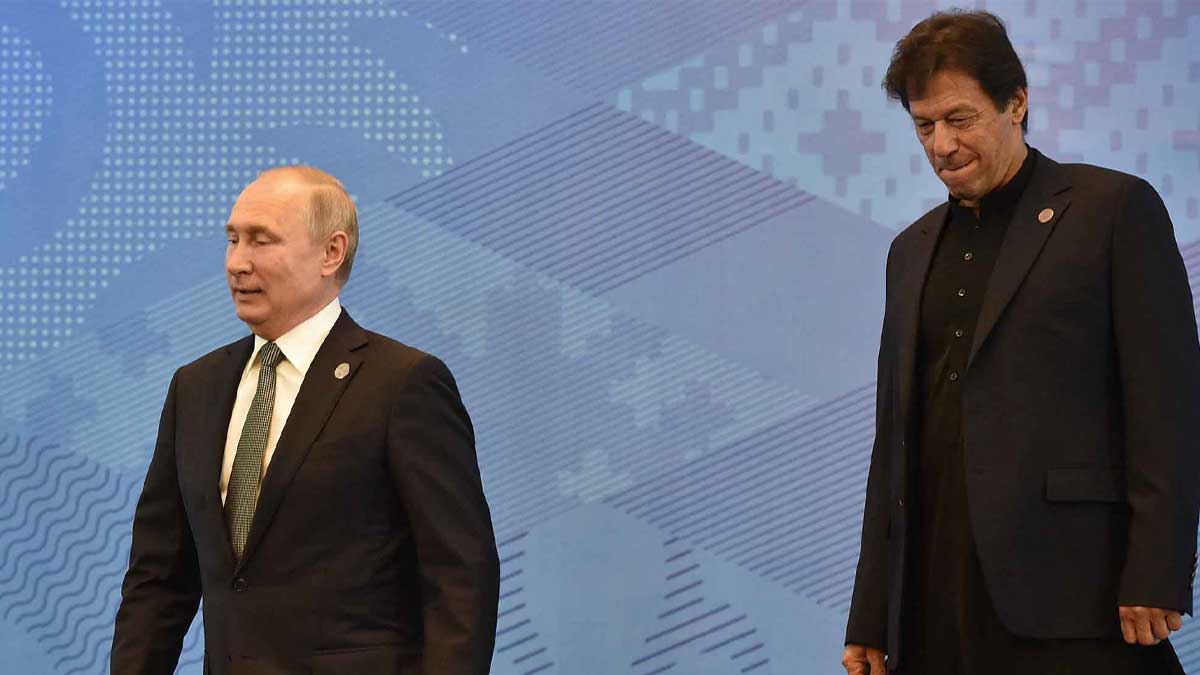 The Foreign Office (FO) announced that Prime Minister Imran Khan will travel to Russia on February 23 for a two-day visit at President Vladimir Putin’s invitation.

After former President Asif Ali Zardari’s three-day tour to Moscow on the invitation of then-Russian President Dmitry Medvedev in 2011, this will be the first visit by a prominent Pakistani leader to Moscow.

“A high-level delegation, including cabinet members, will accompany the prime minister. The visit’s key moment will be a diplomatic summit “According to the announcement.

The FO also stated that the two countries have cordial relations “characterized by mutual respect, trust, and convergence of opinions on a wide range of international and regional issues.”

Read more: Pakistan, Russia to collaborate in trade, investment and the energy sector

“The two leaders will discuss a wide range of bilateral issues, including energy cooperation, at the summit. They’ll also have a wide-ranging discussion about key regional and worldwide topics, such as Islamophobia and the Afghan crisis “Added the statement.

The Imran khan’s visit to Russia happened at a time when regional tensions are high, with the US and European powers anticipating a Russian invasion of Ukraine’s border, while firing on the front-line separating Kyiv’s forces from Moscow-backed separatists increased.

Ukrainians have fled to basements and other safe havens as a result of the shelling, while some civilians have been transported.

The White House issued its own statement, warning that it was still prepared to “enforce quick and severe consequences” if Russia invaded.

Meanwhile, as per FO, PM Imran’s visit will help to strengthen the multifaceted Pakistan-Russia bilateral relationship and mutual collaboration in a variety of fields.

Last month, PM Imran had a telephonic chat with Putin, during which both leaders asked one other to come to their respective countries.

The premier also praised Putin for his “emphatic” statement against offending the Holy Prophet (PBUH) during the phone call.

“He is the first Western leader to show empathy and sensitivity to Muslim sentiment for their beloved Prophet (PBUH),” remarked the prime minister.