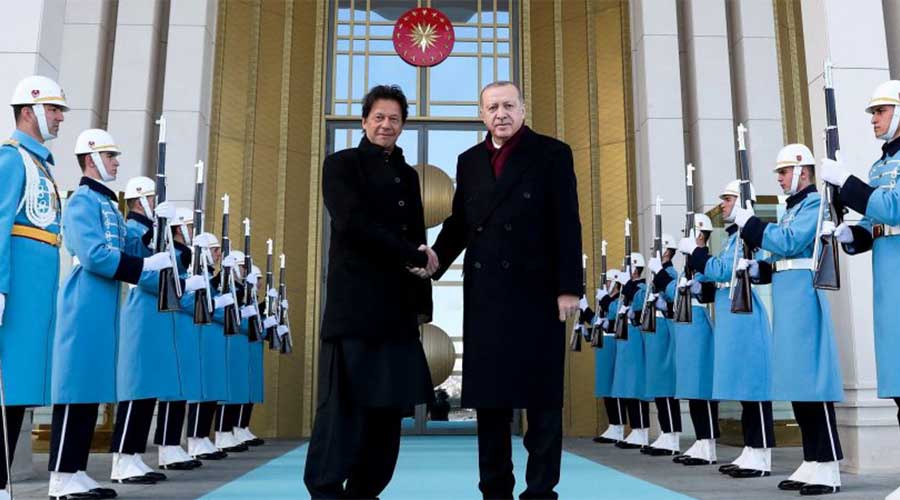 “Felicitations to the Republic of Turkey, and H.E. President Recep Tayyip Erdogan on this historic day after the first prayers in 86 years were held at Hagia Sophia [Grand] Mosque,” Imran Khan said on Twitter.

Felicitations to the Republic of Turkey and H.E President @RTErdogan on this historic day after the first prayers in 86 years were held at the Hagia Sophia Mosque. #AyasofyaCamii pic.twitter.com/8wH4U1RZuM

For the first time in 86 years, Muslims prayed in iconic Hagia Sophia Grand Mosque after the reconversion of the museum into a mosque.

Thousands of people took part in the traditional Friday prayers both inside and outside the historic mosque in the historic city of Istanbul.

Before the Friday prayers, Erdogan recited Quranic verses from both the Surah Al-Fatihah and the Surah Al-Baqarah.

The Friday prayer took place when Turkish president Recep Tayyip Erdogan declared 1500 years old monument open for Muslim Worship. As this landmark was built a church in the 5th century and then in the era of the Ottoman Empire in 1453 Hagia Sophia became a mosque. Later in 1935, it converted into a museum which has now been reconverted into a mosque.

The top court ruled the conversion of the building to a museum by the modern founding statesman of Turkey in the Mid-1950s illegal. Erdogan also said that converting it into a museum was a very big mistake.

Critics however accuse Erdogan, who has been in power for 17 years, of playing to his nationalistic base, with support eroding amid a global economic slowdown caused by the coronavirus pandemic.