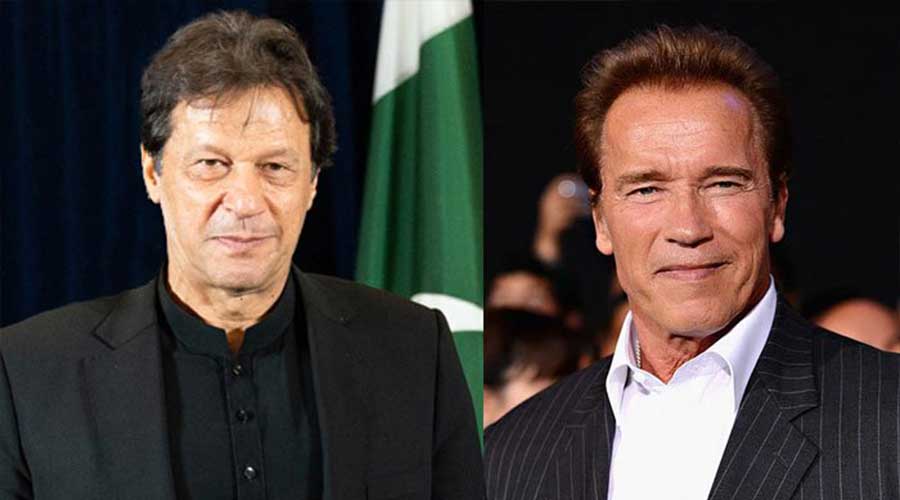 The Prime Minister shared his feelings about climate change via video and urged the world to act quickly on the global warming front as future generations are at risk.

In his virtual speech, Khan shared his vision and how Pakistan is committed to tackling climate change; in that his provincial government in Khyber Pakhtunkhwa planted 1 billion trees and, as head of the federal government, he launched the 10 billion tree countrywide plan during his 5 years in office. He said Pakistan has come to realization that the glaciers that fed its rivers, and ultimately fed people, were melting at a much faster rate.

Senator Javed wrote on his Twitter account, “Arnold Schwarzenegger has been fighting pollution and climate change for nearly 20 years. His Climate Initiative focuses on building awareness of the climate crisis and the urgent need for action every day and once a year at Austrian World Summit.”

This is the fourth year of the Austrian World Summit (AWS). The platform has become the biggest environmental gathering in the world that emphasizes on actual solutions and actions from global decision makers devoted to preserving a green planet and de-carbonizing the economy by 2050.

The Arnold Schwarzenegger Climate Initiative stresses on spreading awareness of the environmental catastrophe and the work that needs to be done on regular basis and supporting best in climate protection projects globally. “We are serving as a “matchmaker” – we connect players from business, finance, NGOs and local and national governments committed to collaborating on sustainable projects,” the initiative said.