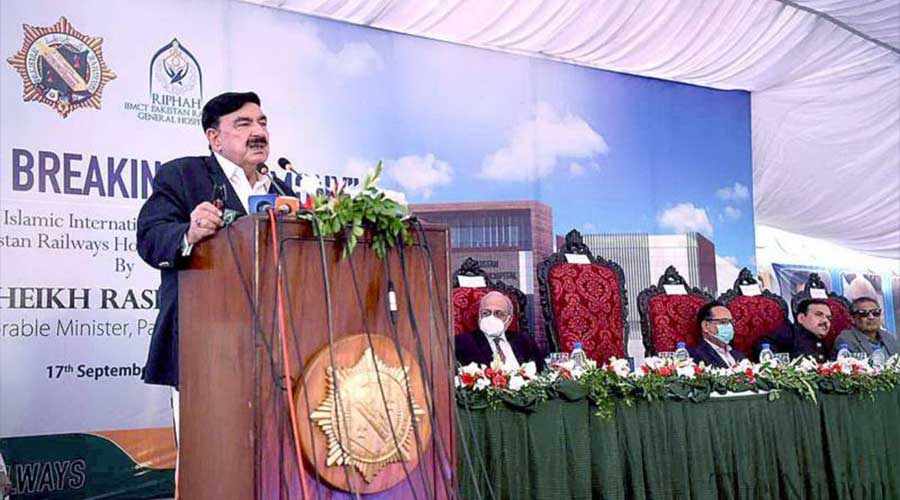 While addressing the ground-breaking ceremony for the construction of a new emergency block of Railway hospital at a cost of Rs. 400 million, he said that India’s major aim is to trigger the Shia-Sunni faultline in Pakistan so that law and order situation can be created. He added that law enforcement agencies had arrested some terrorists which were allegedly planning to make Shia and Sunni clerics the target in twin cities to spread sectarian violence.

The minister went on to say that Rawalpindi had been a peaceful city and no enemy would be permitted to spread hatred here, all enemies’ all attempts would be foiled at all costs including the threat of sectarian violence that India wants to unleash in Pakistan.

Talking about the Financial Action Task Force (FATF) bill, passed by a joint session of the Parliament on Wednesday, Sheikh Rashid said, it was a great success of Pakistan Tehreek-e-Insaf (PTI) government as the legislation was made in the best interest of the country.

The railway minister said, “We are working to establish a university of international standard with the help of the Chinese government at Pakistan Railways land.”

He then informed that 80 percent of the constructional work of “Mother and Child hospital” has completed and expressed the hope that state of the art health facility would be functional by the end of this year. Mr. Rashid also informed that two more colleges would be established in Khayaban-e-Sir Syed and Raheemabad in 2020.