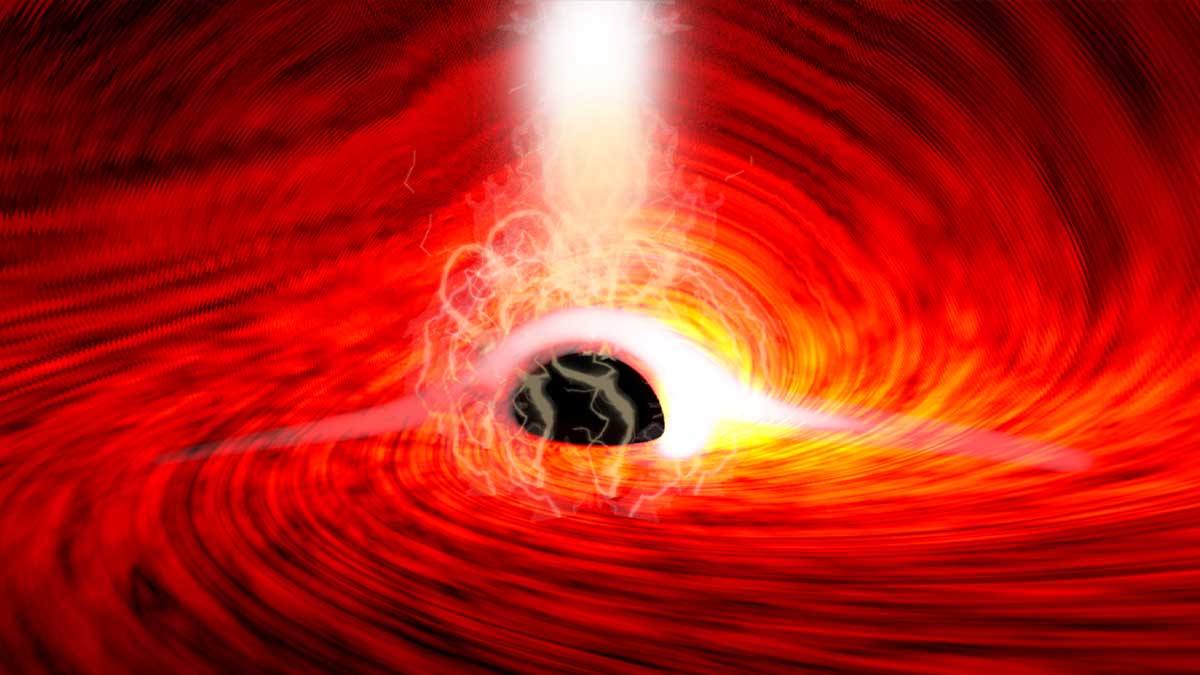 Researchers have now seen light being emitted from behind a supermassive black hole located 800 million light-years from Earth. According to a study published in the journal Nature, these light waves, known as “echoes,” were detected as X-rays.

Albert Einstein projected in his Theory of General Relativity more than a century ago that black holes’ gravitational pull may be so strong that they could distort magnetic fields and bend light waves straight around them, rather than just trapping them.

According to Einstein’s theory, light waves released from black hole backside should be visible. This theory has now been confirmed to be right.

Initially, or simplistically, black holes were thought to be empty spaces. The theory was eventually debunked when experts conducted more in-depth studies and discovered that a black hole is a very small area filled with a large amount of mass.

Imagine a star ten times the size of our Sun crammed into a spherical the size of a large metropolis. Because of this compression, a very powerful gravitational attraction forms, which even light cannot escape.

Light waves bend around a black hole, according to previous research. This is the first time, however, that scientists have seen lightwaves emerging from the other side of a black hole.

“Any light that goes into the black hole doesn’t come out,” Dan Wilkins, a Stanford University astrophysicist and the study’s co-author, said in a statement. “So, we shouldn’t be able to detect anything that’s behind the black hole.” Because the black hole is stretching space, bending light, and twisting magnetic fields around itself, we can see it.”

Wilkins and his colleagues studied the black hole at the centre of the spiral galaxy Zwicky 1 with a unique high-power X-ray telescope. They discovered that X-rays were being ejected from the black hole’s backside, which was an unprecedented occurrence.