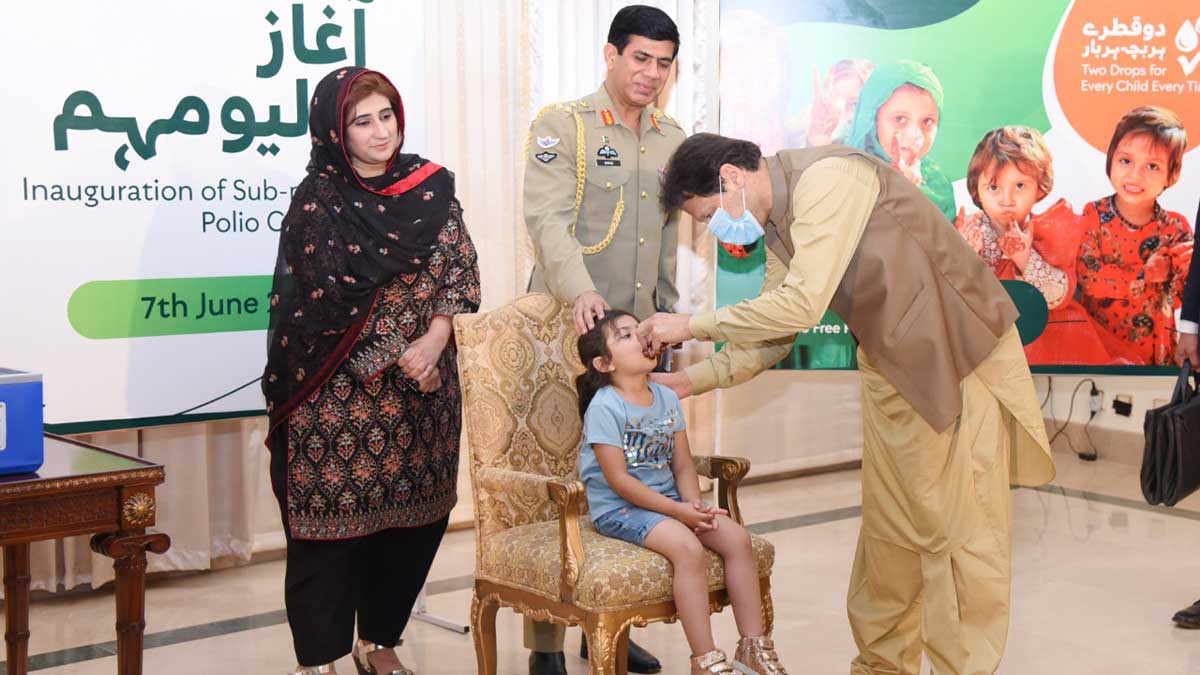 The Prime Minister Imran khan has inaugurated the polio eradication campaign by administering vaccination drops to some children.

On Monday, in an inauguration ceremony, PM expressed hope that the country would soon become a “polio-free” country as only one case of the paralysing disease was reported in the country during the current year. He also expressed satisfaction over sharp decline in new polio cases.

PM’s office tweeted in this regard, “PM @ImranKhanPTI Kickstarted #NationalPolioCampaign by administering polio vaccine to a child in Islamabad. Due to effective policy of Polio eradication, intensity & geographic scope of Polio virus transmission has declined significantly by 93%.”

The prime minister while chairing a meeting of the National Task Force on Polio Eradication said, “With well-coordinated efforts of the federal and provincial governments, Pakistan can become a polio-free country.”

Polio campaign kicks off as only single case diagnosed in 2021

The premier congratulated the provincial governments and the partners for the polio eradication campaign. He said that diagnosis of a single case across the country in 2021 was a great success. “However, their mission is to make Pakistan a complete polio-free country,” he added.

Moreover, Prime Minister Khan said during the pandemic, “The government saved human lives along with securing livelihood of the people, which was acknowledged by the world. With such spirit, they (all stakeholders) would have to defeat polio,” he added.

The meeting was further informed that in different districts of Punjab, Sindh and Khyber Pakhtunkhwa provinces, traces of poliovirus were found. However, lack of access, security and non-cooperation of parents, every year, and a large number of children remained deprived from being administered polio drops.