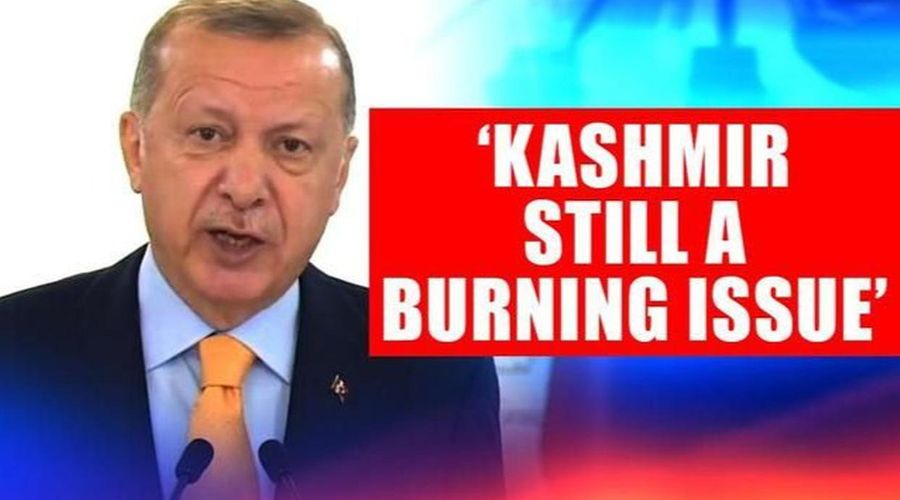 On Wednesday, Prime Minister Imran Khan appreciated Turkish President Recep Tayyip Erdogan for raising his voice for the rights of the Kashmir while addressing the 75th UNGA.

Turkish President who raised his voice in support of oppressed Kashmiris during his address has been highly appreciated by Imran Khan who took to Twitter and lauded him, the Premier hailed Turkey’s “unwavering support” and termed it the source of strength for the oppressed Kashmiris in their legitimate struggle for self-determination.

He posted, “Deeply appreciate President Erdogan once again raising his voice in support of the rights of the Kashmiri people during his address to UNGA. Turkey’s unwavering support remains a source of strength for the Kashmiris in their legitimate struggle for self-determination.”

President Recep Tayyip Erdogan during the UN General Assembly address which PM Imran will address on 25th called the Kashmir issue the “burning issue” due to the Pakistan and India disagreement and raised his voice to resolve this burning issue through his dialogues. He said, “The Kashmir conflict, which is also key to the stability and peace of South Asia, is still a burning issue,” Erdogan said in a speech he made via video-link to the 193-member Assembly’s landmark 75th session.

He further said, “Steps taken following the abolition of the special status of Jammu-Kashmir further complicated the problem,” he referred this to the 5th August 2019 one-sided move by India to seize the disputed territory.

The Turkish leader said, “We are in favor of solving this issue through dialogue, within the framework of the United Nations resolutions and especially in line with the expectations of the people of Kashmir.”

He added that the Kashmir dispute is on the agenda of the UN Security Council that since 1948 has adopted at least 11 resolutions that call for the fair vote to determine the wishes of the people in the disputed state.