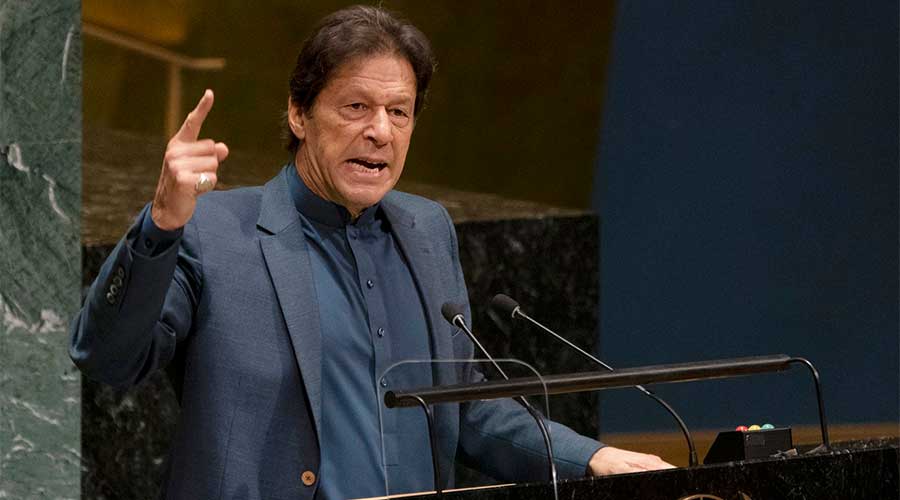 According to Foreign Office, the Prime Minister Imran Khan’s address to the UN General Assembly on September 25 would focus on the Kashmir dispute.

“Due to restrictions imposed by the local government in New York, there will be no in-person high-level participation from outside. Prime Minister Imran Khan will address the United Nations General Assembly on Friday, 25th September,” Zahid Hafeez Chaudhry the Foreign Office spokesman said in the weekly media briefing.

The latest General Assembly session is the 75th session and unique in its own way, as it is the first time in history that leaders from different states will not attend in person and other meetings will also be held online.

All the leaders from around the globe will send a recorded video statement, which is to be presented by diplomats from the respective country and then the recorded video will be played in UNGA Hall as live.

In his previous address at UN General Assembly the Pakistan Premier Imran also highlighted the suffering of Kashmiri people and the Indian actions of illegal annexing the occupied Kashmir territory.

Apart from the United Nations Session, there will be other high-level meetings which will include an event celebrating the UN’s 75th anniversary, International day for Total Elimination of Nuclear Weapon and a summit on biodiversity.