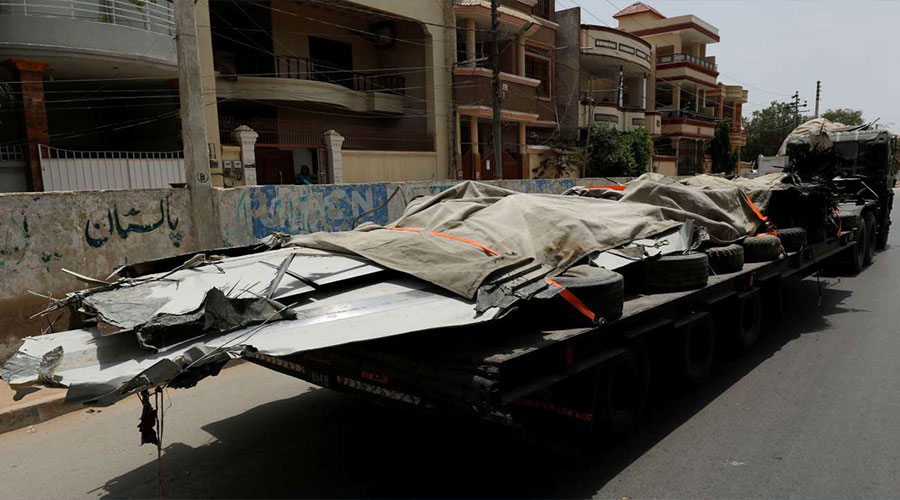 PIA plane crash in Karachi last month was due to errors made by the pilot and air traffic control, preliminary plane crash report finds.

Ghuman Sarwar the Federal Minister for Aviation presented the provisional investigation report in the National Assembly on the PIA plane crash. On Wednesday, he said that pilots were not focused and their lack of concertation became the major reason behind the plane crash.

While presenting the initial investigation report, Mr. Sarwar said that he heard the conversation of air traffic control and pilot that was recorded. He further said that equipment from the aircraft was removed and decoded and that recording would be made into the final report of the plane crash. He then said there was no technical fault in aircraft that even pilots said the same thing in their conversation with traffic controllers.

29 houses had been damaged and affectees will be provided compensation. He said, “Those whose houses were damaged in the plane crash have been compensated and are being compensated. They have been given temporary shelter, those who were injured on the ground have also been compensated”.

Ghulam Sarwar then made some shocking revelations by saying that aircraft touched the runway thrice without the landing gear that became the accrual cause behind the damage to the engines. “When the plane took off again, both its engines had been damaged,” he said. The initial report says that the record of the entrance of aircraft showed that the plane was 10 nautical miles from the runway, its landing gears were opened.

“But the one thing that cannot be explained is that when the plane was at five nautical miles away, the landing gears were pulled up. This action is also there in the data recorder, whenever a plane comes close to landing, it has to be provided a flexible position.” He added

Moreover, he told while addressing the whole house that the two most important pieces of evidence came before from the recorded data of the DFDR. “The plane was supposed to be at the height of 2,500 feet at 10 nautical miles before coming near the runway. According to the initial report and the record, the plane was at a height of 7,220 feet. This is was the first irregularity,” said the minister.

The fault happened to both ends, ATC should have informed the pilot of the fire eruption but the control tower did not and both of the engines were damaged by that time when the pilot took off from the runway.

The minister added the pilots were discussing the coronavirus pandemic as they first attempted to land the Airbus A320 and had disengaged the craft’s autopilot. The lack of a pilot’s concentration resulted in the plane crash.

Pakistan International Airlines plane came down among houses on May 22 after both engines failed as it approached Karachi airport, killing all but two people on board.

Some excerpts of probe report of PIA plane crash: