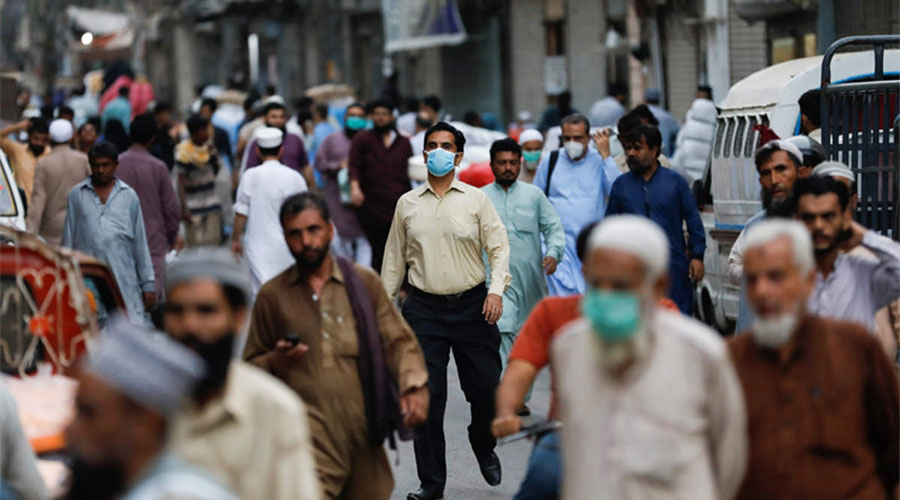 Minister for Planning and Development Asad Umar revealed that the NCOC identified 92 virus hotspots in twenty cities of the country.

The National Command and Operation Centre identified a total of 92 COVID-19 hotspots in 20 different cities of Pakistan and the numbers are increasing as the virus continues to spread.

Smart lockdowns are being imposed in the regions from around the countries identified as virus hotspots.

He tweeted on Sunday where he said, “these hotspots cover 40 percent of all active cases and three percent of country’s population. We can have a substantial impact on disease while minimizing disruption in the livelihood of citizens. The effective lockdown of hotspots can make a decisive difference.”

NCOC has identified 92 hotspots in 20 cities, which cover 40% of all active cases & effect only 3% of Pak population. We can have substantial impact on disease spread while minimizing disruption in livelihood of citizens. Effective hotspot lockdown can make a decisive difference

So far, there are 188,926 total cases diagnosed in Pakistan within the last 4 months and 3,892 people have died. The number of cases rapidly increased in June and now the numbers are surging quite rapidly. 69,536 have reported in Punjab, 9,634 in Baluchistan, 72,656 have diagnosed in Sindh and 23,388 have tested positive in KPK. Islamabad has reported 11,483 cases so far while Gilgit Baltistan has reported 1,337 and AJK stands at 892.

However, after the news of 92 virus hotspots broke and as more are expected, the NCOC and Prime Minster appealed to the people to follow special precautionary measures. Zafar Mirza the SAPM on Health also asked people to follow standard operating procedures.

He said on Sunday to wear masks and follow precautionary measures especially to those who already are suffering from comorbidities like diabetes, blood pressure, or cancer. He said, “If an elderly loved one is already suffering from a preexisting condition such as diabetes, blood pressure, heart disease or cancer, it’s our job to protect them, we have to fight against this disease at the individual level, family level, and community level”.