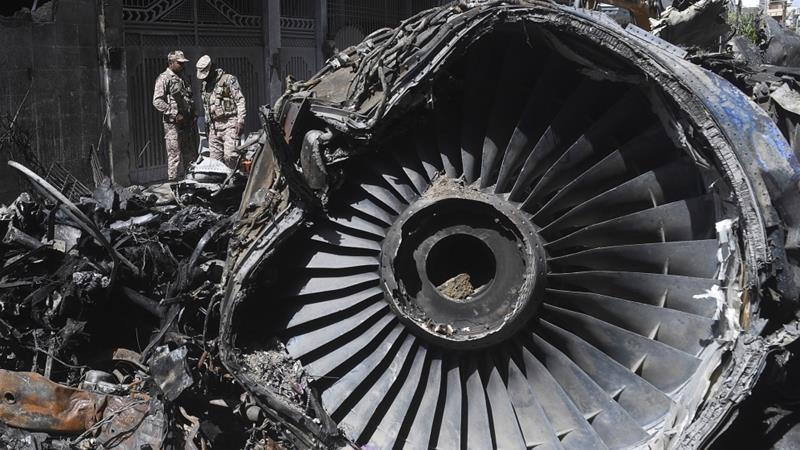 A provisional inquiry report on the deadly May 22 PIA crash flight in Karachi will be presented today before the Parliament by the federal Minister for Avia­tion Ghulam Sarwar Khan.

The investigation report of the PIA plane crash was presented to Prime Minister Imran Khan today after Federal Minister for Aviation met the prime minister and briefed him on the investigation into the incident.

The PIA Lahore-Karachi flight PK-8303 carrying 99 passengers had crashed on Friday, May 22 in Model Colony Karachi minutes before landing in the Jinnah International Airport.

Immediately after the crash, Abdullah Hafeez the PIA spokesman confirmed the crash and told that flight PK 8303 was carrying 7 crew members and 92 passengers from Lahore to Karachi. He further said that nothing can be said more about this incident because crew members were trained to handle emergency landings. However, prayers are with families. Further information will be continued to be provided transparently after few more investigations.

An eyewitness said that the airplane was already on fire before its crash and a month into the crash many speculations were made related to the crash with multiple sources questioning the decision of the slain pilot of taking off the plane after it touched the runway. Before its crash, the pilot reported a loss of engine power.  An airline spokesman said that right after 14:30 local time, the plane lost contact with air traffic control.

Miraculously, after the crash, the provincial health officials confirmed that two passengers survived the crash.

According to the TV footage, several houses were destroyed. Rescue crew collected the debris scattered of the insured plane across the streets of Model Colony.

Soon after the crash, the federal government constituted a team headed by Air Commodore Mohammad Usman Ghani to look into the plane crash. The Airbus company also sent an 11-member team to Pakistan for technical assistance to the investigators.

The flight data recorder (FDR) and cockpit voice recorder (CVR) after extracting from the debris were sent for decoding to France.

The Airbus company through a tweet said that “both recorders FDR and CVR provided valuable information for the investigation”.