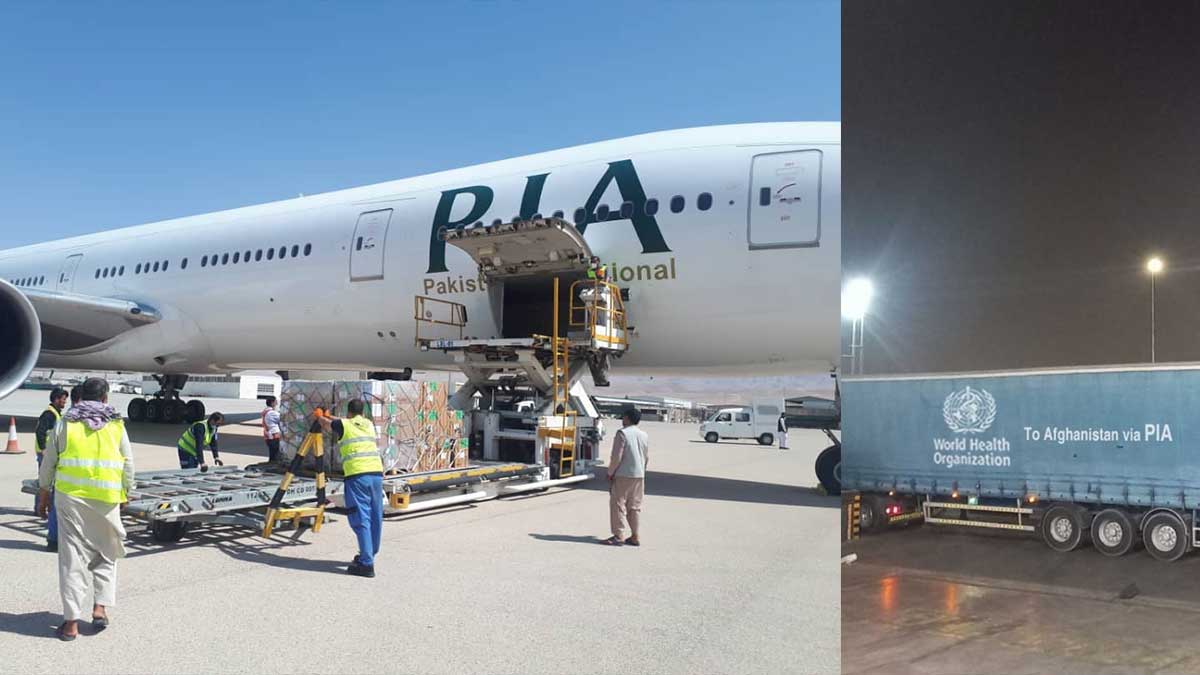 Since Afghanistan came under the control of Taliban, the country has received its first shipment through a plane carrying World Health Organization’s (WHO) medical supplies.

The news reveals that the government of Pakistan provided a plane which flew from Dubai to Mazar-i-Sharif airport. It was the first among the three flights scheduled with Pakistan International Airlines (PIA) to fill crucial shortages in medicines and health supplies in Afghanistan.

Furthermore, on Friday, the World Health Organization had cautioned that medical supplies would run out within days in Afghanistan, declaring that it hoped to create an air bridge into the northern city of Mazar-i-Sharif by then with the support of Pakistani establishments.

The WHO said that a total of 12.5 tons of supplies, consisting of trauma and emergency health kits, arrived on Monday. Details reveal that these supplies would be sufficient to cater the basic health needs of more than 200,000 people as well as provide 3,500 surgical procedures and treat 6,500 trauma patients.

It further added that these supplies would be delivered to 40 health facilities in 29 provinces across Afghanistan.

“After days of non-stop work to find a solution, I am very pleased to say that we have now been able to partially replenish stocks of health facilities in Afghanistan and ensure that for now WHO-supported health services can continue,” said, Ahmed Al Mandhari, WHO regional director for the eastern Mediterranean.

Moreover, Mansoor Ahmed Khan, Pakistan’s Ambassador to Afghanistan, confirmed that the PIA cargo flight took necessary supplies of WHO to Mazar-i-Sharif consistent with the country’s role of creating a ‘humanitarian air bridge’ in coordination with international agencies.

“First PIA Cargo flight with WHO medical supplies from Islamabad to Mazar-i-Sharif today,” the representative said in a tweet on Monday. He also acknowledged the national flag carrier for its struggles in safeguarding the supplies to Afghanistan.

“A humanitarian air bridge for essential supplies to Afghanistan in coordination with international agencies. Thanx PIA,” he wrote.